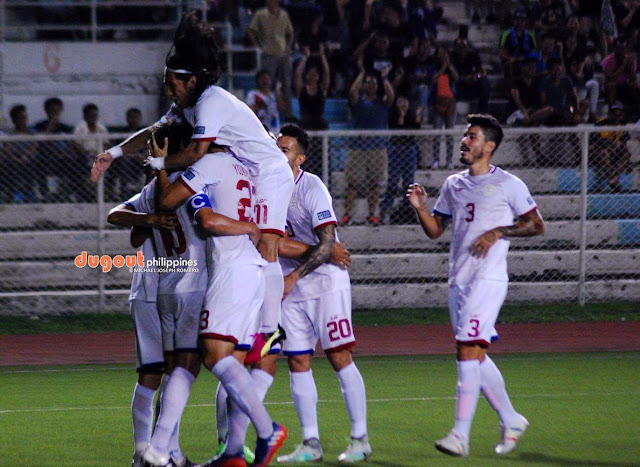 Scott Cooper's Azkals defied all expectations to get a second result against a side that is in the Top 100 in the FIFA rankings, with their defence the key to get the draw against the reigning Gulf Cup champions.

Their resolve was put to the test early into the match as the Philippines fell behind on a Raed Saleh strike in the eighth minute, pouncing on a botched clearance by Neil Etheridge from an Omani corner.

With six minutes before halftime, the Azkals equalized as Manny Ott's free kick was headed inadvertently by Khaled Al Hajiri into his own net, reversing what could have been Javier Patiño's seventh international goal.

The second half saw the Azkals hold their fort at the defensive end, with substitute goalkeeper Michael Falkesgaard recording two huge saves to put up a fantastic result against Pim Verbeek's side.

Apart from that, it also saw the debut of John-Patrick Strauss of Erzgebirge Aue, replacing Martin Steuble at the holding midfield role in the 67th minute, as they end the international break with a positive outlook ahead of their AFF Championship campaign next month.