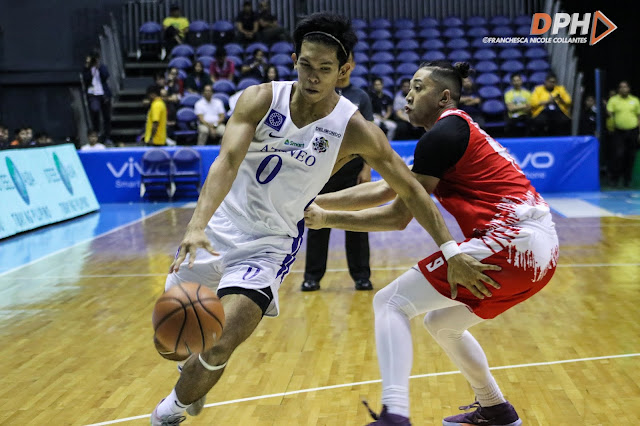 MANILA - Ateneo Blue Eagle Thirdy Ravena's comeback game after getting a suspension on their last match-up against the UP Fighting Maroons that made him missed action on their game against the FEU Tamaraws made him realised a lot of things.
Due to a rule, having suspension means that you are disqualified for having any individual awards. And that means for the first time since Season 76, this season we will not see any Ravena included in the Mythical 5 selection.

Ravena had 10 points, five rebounds, and four assists in his comeback game against the UE Red Warriors.

Ravena added that, "I have a lot of people who have my back and the best thing I can do is to play my best for them."