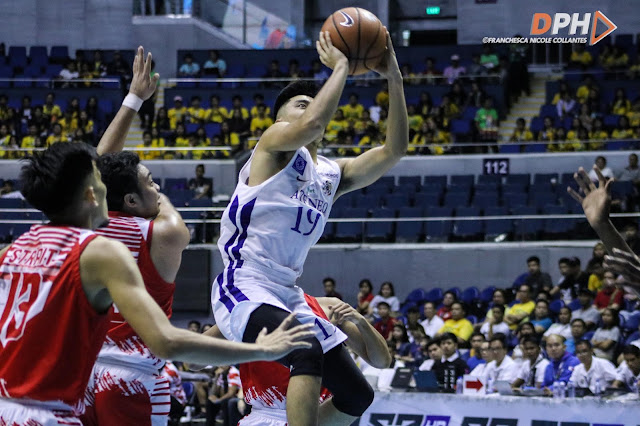 QUEZON CITY – The Ateneo Blue Eagles hold the UE Red Warriors down 90-70, thanks to Kouame and Tio’s persistent consistency.

With a double-double from Ange Kouame, Thirdy Ravena’s return on the court, and another step up from Tyler Tio, the Ateneo Blue Eagles were able to hold Alvin Pasaol the shooting machine back from giving the Red Warriors a win despite producing a total of 29 points and 14 rebounds.

Tyler Tio has been proving his consistency for the Blue Eagles’ past few games following the team’s point guard Matt Nieto’s absence from the court. Scoring yet another career high, Tio produced a total of 16 points, ranking second to Ange Kouame in the team’s lead scorers for the game. 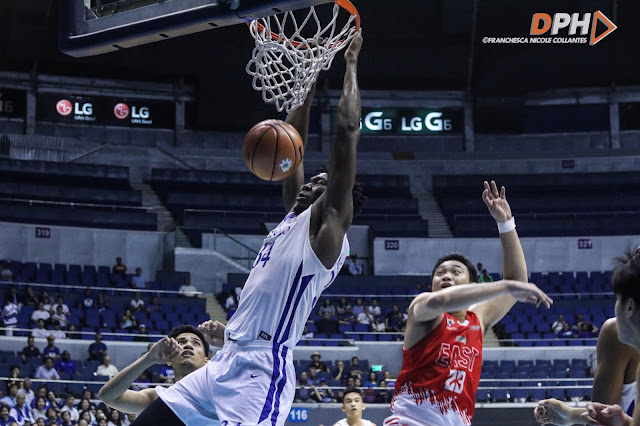 Ange Kouame scored 18 points for himself, hit 75% of his field goals, and produced a total of 16 rebounds, 8 of which were offensive. The two’s collective efforts, together with Raffy Verano’s 14 points and 6 rebounds plus Thirdy Ravena’s 10 points 5 rebounds to mark his return from his one-game suspension, gave the Blue Eagles another landslide victory over the Red Warriors yet again after putting them down 89-62 on the first round.