Coach Jamike Jarin hopes for the Bulldogs future: "Can it be Season 85 already?"

Coach Jamike Jarin hopes for the Bulldogs future: "Can it be Season 85 already?" 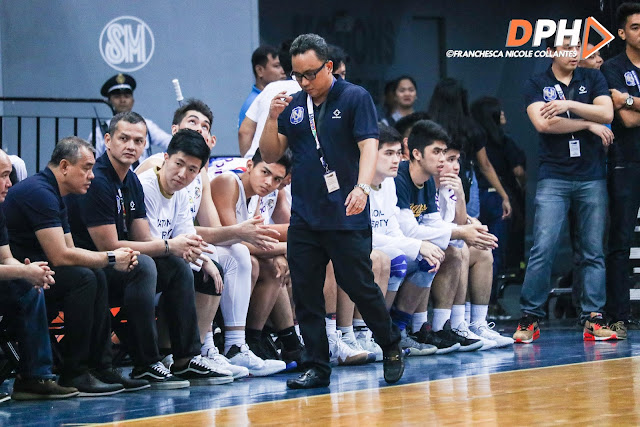 MANILA -- NU Bulldogs losing streak goes to five, bowing by just a point against the UP Fighting Maroons on Sunday at the Smart Araneta Coliseum.

The Bulldogs only won their season opener game against the UST Growling Tigers, 75-70.

JV Gallego almost had it, if it only he doesn't pass the ball and miscalculated the shot clock that gave the chance for the Maroons win.

"The ball didn't bounce our way, it was breaks of the game," Jarin further said.

"Imagine this team has just lost two games by five points, one game by four and one game by one, Is it that enough experience for these young men to go to?" He hopes that the Bulldogs will learn from what they are experiencing right now.

He added, "We just have to take it as a man, continue to be competitive and if we can't do it by ourselves we have do it together. That's why I told this young men."

Jarin commended Dave Ildefonso's effort as he got a chance on winning the game.

Jarin ended the interview with his hopes for the future of the Bulldogs, "Imagine this team playing for four or five more years together. Can it be season 85 already?"