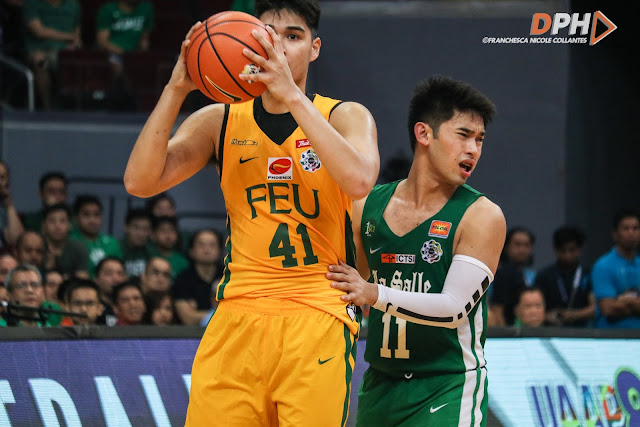 MANILA -- FEU's forward Arvin Tolentino will most likely miss the much awaited match up of the Tamaraws versus the defending champions Ateneo Blue Eagles on wednesday due to being ejected on their game against the Adamson Soaring Falcons.

It happened during the fourth quarter with 3:43 minutes left when he accidentally hit Soaring Falcons forward Sean Manganti on the face as Tolentino is going for the ball. With that, the referees gave Tolentino a disqualifying foul resulted on being ejected at the playing court.

Even his ejected, it is still Tolentino's career high game as he scored 19 points.

Tolentino wants to apologize to Manganti but the referees didn't let him do so.

Tolentino also hopes that his "disqualifying foul" will be downgraded, for him to be allowed to play at their game on wednesday against the powerhouse Ateneo Blue Eagles.