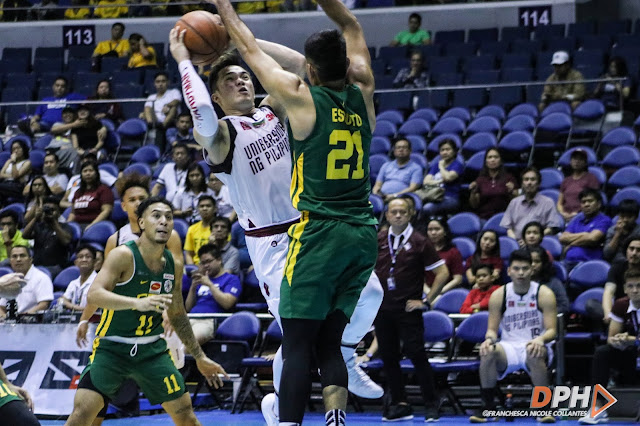 Coach Bo commended Paul Desiderio's performance as his hot start gave the Maroons confidence and also added that, "The way he played was just the epitome of what we need to happen, despite of the odds we really just push through."

Coach Bo also mentioned that this is Paul's best game so far in this season as he had his career-high game against FEU with 31 points, 7 out of 9 shooting, 4 assists, 2 rebounds and 2 steals.

As he does shooting everyday, doing extra work and finally, he gets the outcome that he really wants to achieve and hoping that it will do well on to their next games.

Desiderio doesn't care on the stats as long as he eyes on the win as he mentioned to us that,"Ang iniisip ko lang manalo, manalo lang talaga."

Desiderio leaving us with the statement, "Sabi ko nga one game at a time, abangan niyo na lang."

So expect more from Paul Desiderio and his squad on their next games.