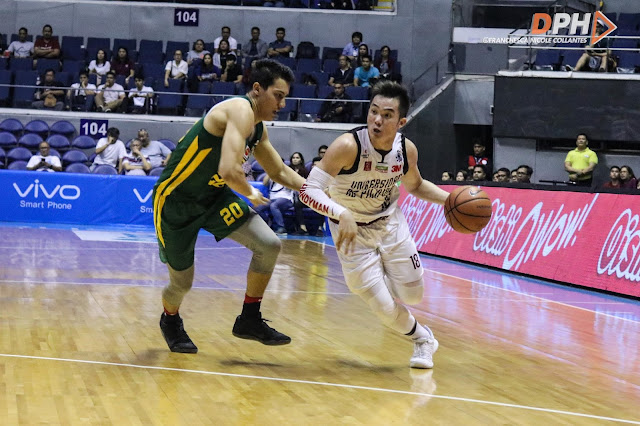 QUEZON CITY – The UP Fighting Maroons force the FEU Tamaraws to continue their losing streak by defeating them with a total score of 95-82.

The UP Fighting Maroons took total advantage of Arvin Tolentino and Prince Orizu’s absence from the FEU Tamaraws’ side of the court and successfully reigned in the likes of Brandey Bienes, Kevin Ebona, and Wendell Comboy.

Paul Desiderio’s efficient shooting, Bright Akhuetie’s double-double, and Javi Gomez de Liano’s return from his suspension brought upon a second win in a row for the Fighting Maroons and effectively pulled down the Tamaraws to share a tie with them in the team standing for the second round. 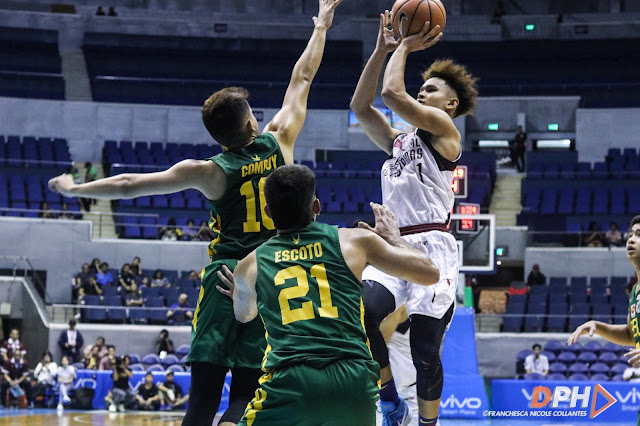 Adding to the delight of this victory is Desiderio’s achievement of his career high, bringing over 31 points for the team and pulling off a 78% efficiency rate from the 3-point line.

Juan Gomez de Liano, who just made his historic triple-double during their previous game with the UE Red Warriors, scored a double-double – almost another triple-double actually, with 19 points, 10 rebounds, and 9 assists – together with Akhuetie who garnered 20 points and 11 rebounds.