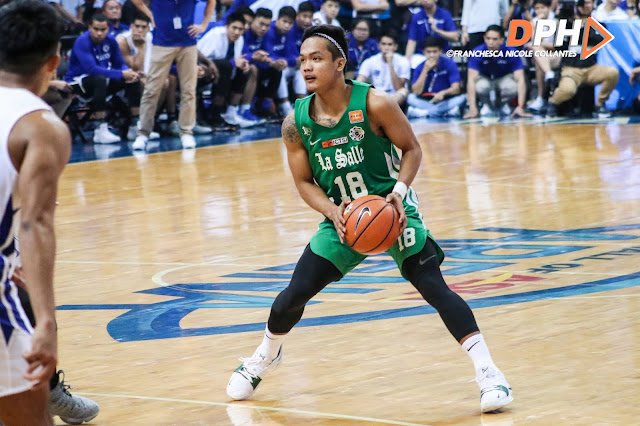 PASAY CITY - DLSU Green Archers improved their winning streak and now at joint third on the standings as they beat the UE Red Warriors with 79-59 win today at the Mall of Asia Arena.

Green Archers now join the FEU Tamaraws at the third spot of the UAAP S81 second round standings.

Rookie Encho Serrano greatly help La Salle's win over UE with his career-high 18 points, five rebounds and two assists combined with Andrei Caracut season's best as he has 16 points in this game.

While UE's Alvin Pasaol has 22 points and 7 rebounds for this game.

DLSU Green Archers next assignment is against the Adamson Soaring Falcons on Saturday, 2 p.m. at the Smart Araneta Coliseum while the UE Red Warriors will face the UP Fighting Maroons on Sunday, 4 p.m. at the Filoil Flying V- Arena