Isaac Go: Kouame makes the Blue Eagles to be better

Isaac Go: Kouame makes the Blue Eagles to be better 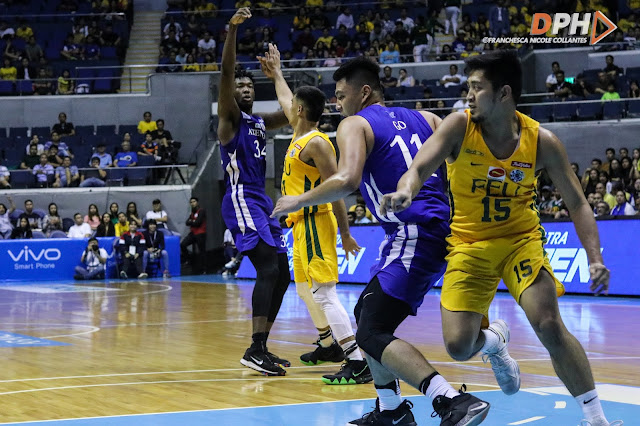 Ange Kouame keeps on improving and keeps on shining as he played his career high game yesterday with 33 points and 27 rebounds, as the Ateneo crowd keeps on chanting MVP. 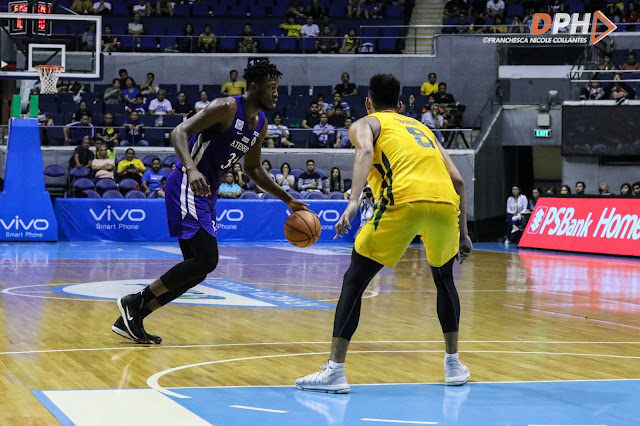 Isaac Go told the reporters post game how proud he is to Kouame and to whom the credit who is given to that, "The entire team is happy for him. He did all the work. He's the one who shows up at the gym, he's the one giving the shots, does the extra work. So you have to put all the credit to him. I haven't really done much to "mentor" him. He's done everything." Go also added that, "And you have to give credit to the coaching staff as well, who shown up everyday to find ways for Ange to get better."

Go shines last season as he is one of the key players of Ateneo Blue Eagles due to his clutch performances during the semis and finals that greatly help on the Blue Eagles to get the UAAP S80 championship. As Kouame keeps on improving and having most of the minutes, Go's role and minutes suddenly became lesser than before.

Despite having lesser minutes than before, Go humbly and happily said that as long as it's for the best for the team, he's go for it.

Go also added that, "I think it's a double-edged sword if you think about it because first you are happy that he is producing. At the end of the day, it is always what is best for the team. At the end of the day also, you want to help him get better and the best way to do it is getting better as well."

Go shared that "If you go up against him in practice, he just makes everybody better and work harder because we have to complement what he's doing and what he's showing in the court."