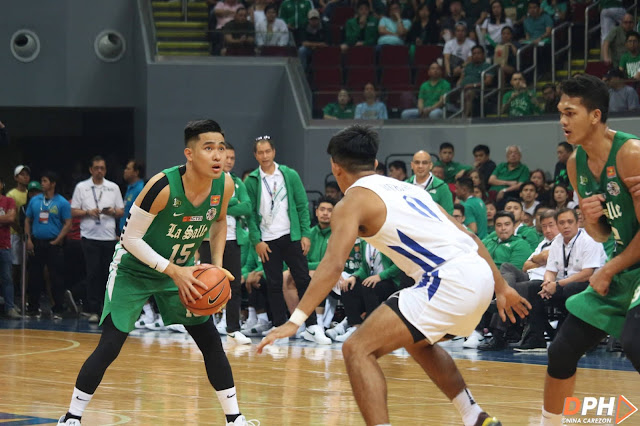 PASAY CITY- DLSU Green Archers’ captain Kib Montalbo made an appearance on the court during their rivalry game with the Ateneo Blue Eagles, befuddling everyone who is well aware of the fact that he is currently nursing an injury and has to sit out for 4-6 weeks.

After sustaining a thumb fracture on their game against the UE Red Warriors, it was announced that Montalbo will not be delivering action on the court for 4-6 weeks to heal his injury. He was expected to recuperate and return around the latter half of UAAP Season 81 Mens’ Basketball’s second round - definitely a bummer especially as this season marks his last playing year for the league.

However, Montalbo surprised everyone when he entered the court and went up to play during the Archers’ rivalry game against the Ateneo Blue Eagles on October 6.

He even managed to score four points and 3 rebounds during his 24-and-a-half-minute playing time - leaving everyone wondering what happened to his supposed injury. 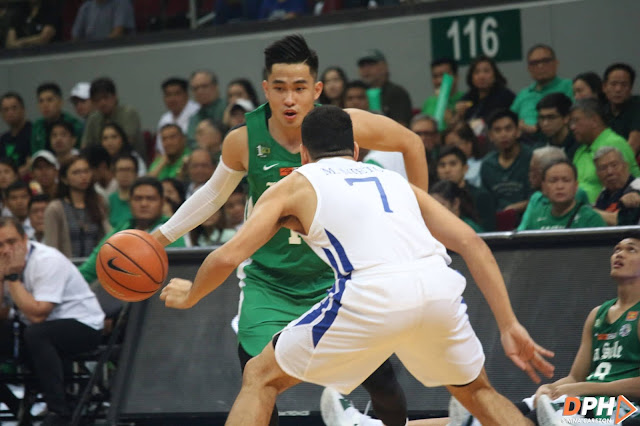 “Madaming di sang-ayon na lumaro ako but I said na, I’m gonna take that risk,” he added, mentioning that even his parents did not approve of him getting back to the court earlier than he was advised to do so.

He admitted that he felt stings of pain from his injury during the game, especially when he dove for the ball with his fractured hand.

“Masakit siya,” he said, but the captain said all he could do was try to shake the pain away. “Laro lang,” he added nonchalantly, showing his dedication to the sport and the determination to give the Archers the wins they deserve. 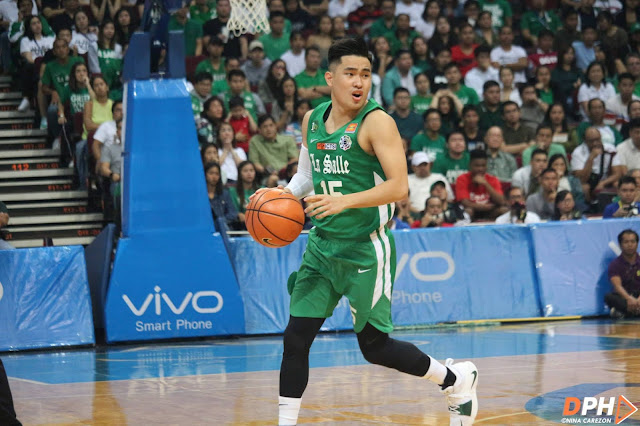 When asked whether or not he was actually medically cleared to be back on the court for the rivalry game, Montalbo just shrugged and laughed it off. “Basta lalaro ako. Walang doktor na makakapigil sa akin,” he said.

Montalbo also mentioned that he will be playing again after this and he will not be missing another game again, including the Archers’ upcoming game against the Adamson Soaring Falcons on October 13.

“Expect me to play my heart out sa La Salle buong season. Tapilok, anything - ayokong may mangyari, God-willing, sa grace Niya lang kaya nakapaglaro ako. I will play,” he reassured, showing the image of a captain who is set to do all and give all for his team.