NO ARVIN TOLENTINO? NO PROBLEM! | Tamaraws end UAAP first round with big win against powerhouse Eagles

NO ARVIN TOLENTINO? NO PROBLEM! | Tamaraws end UAAP first round with big win against powerhouse Eagles 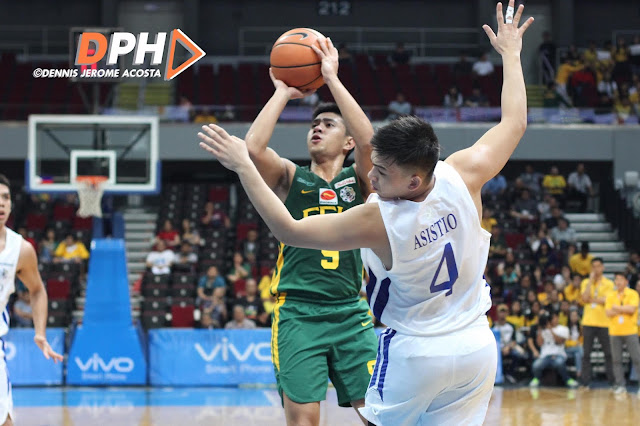 PASAY CITY — The FEU Tamaraws stretched their winning streak after they won against the powerhouse Ateneo Blue Eagles, 63-60.

Playing without key player, Arvin Tolentino who is suspended for Wednesday’s game due to his disqualifying foul last game against Adamson, the Tamaraws finished the first round stronger after their win against the Blue Eagles.

Blue Eagles struggled when Matt Nieto injured his finger during the second quarter and lost Thirdy Ravena due to his fifth foul.


The Tamaraws three-point baskets and a slam from Prince Orizu greatly help on the Tamaraws win.

Coach Olsen Racela told the reporters post-game that he is shocked of their win against the Blue Eagles.

The Tamaraws got huge help from Hubert Cani, who had 12 points, 6 assists and 5 rebounds, and Brandrey Bienes, who stepped up for Tolentino with 8 points.

For the Blue Eagles, Angelo Kouame and Mike Nieto scored 16 and 8 points respectively.

Both teams are now tied on the second spot with 5-2 standing and their next assignment would be on Sunday, 2 and 4 p.m., against UST Growling Tigers and UP Fighting Maroons at the Mall of Asia Arena.