NU ended losing streak with a big win against UE

NU ended losing streak with a big win against UE 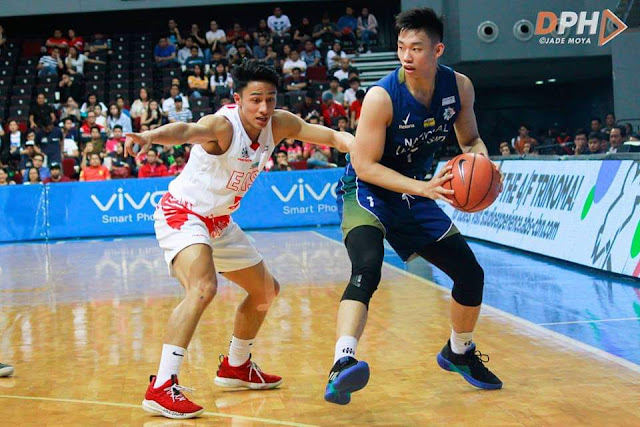 
Pasay -- After their five games of losing streak, the NU Bulldogs ended their first round with a win against the UE Red Warriors, Saturday, October 13 at the SM Mall of Asia Arena in Pasay.

NU Bulldogs showed their determination to claim their second victory after heartbreaking close game with UP Fighting Maroons in the first quarter. The Bulldogs had an 11-point lead with 1:34 remaining but the Red Warriors managed to cut the lead. Pasaol made a 2- point jump shot and a lay-up at the last seconds cutting NU's lead to four, 19-23.

NU made back-to-back baskets in the second period lead by the Ildefonso brothers with the help of John Lloyd Clemente. NU dominates UE as they made a 24 big lead before Alvin Pasaol made buzzer beater 3-point shot cutting their lead to 21, 35-56 at half-time.

The Bulldogs continues to take control in the third quarter lead by Clemente. NU extends their lead with 27 big points as they head to fourth quarter, 49-76.

John Lloyd Clemente powered the Bulldogs with a career high of 21 points and 4 rebounds. Brothers Shaun and Dave Ildefonso made a combined 26 points.

Alvin Pasaol once again lead the UE Red Warriors who contributed 20 points.
UE fell on the bottom of the standings after the first round with a 1-6 record while NU took the 5th spot with 2-5 record.