Soaring Falcon Manganti considers win to La Salle: "One of his biggest game"

Soaring Falcon Manganti considers win to La Salle: "One of his biggest game" 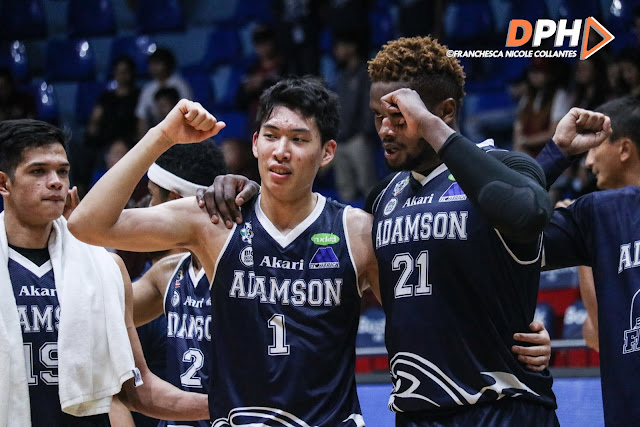 Manganti told the reporters post game that, "I was in high school in the States. I came here in my eleventh grade, I practiced with them and they didn't talk to me, they treated me like nobody, nothing happened."

Manganti also added that, "I just went home, finished high school and then found a home in Adamson".

Manganti ended up and found a home in the Falcons lair. During the seven games he played against La Salle, they didn't get a win not until yesterday that finally, the Falcons finally beat the Archers, 57-50.

Manganti considered yesterday's game as one of his biggest game in his entire UAAP career.

Manganti has 19 points, 12 rebounds, 4 assists, 2 steals and a block that greatly help for the Falcons win against the Archers.