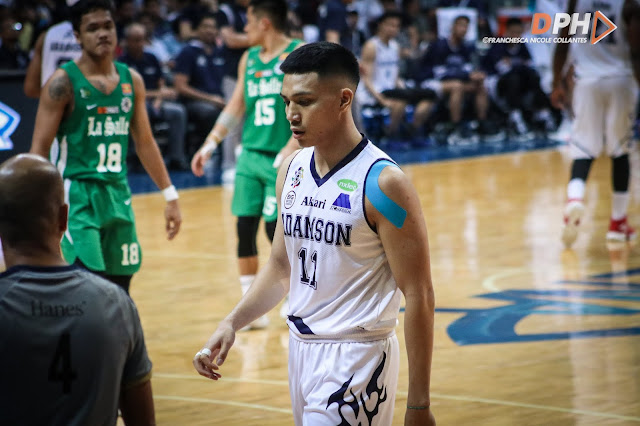 MANILA - Soaring Falcons Reserve Jonathan Espeleta was admitted to the hospital and diagnosed with Dengue.

The Soaring Falcons top reserve was suffering from fever before their game against the DLSU Green Archers but still suited for the Falcons, where he played six minutes and helped his team to outlast the Green Archers, 57 -50.

Soaring Falcons 6'1 3rd year Shooting Guard is now averaging 6 points, 3.6 rebounds, and 1.3 assists with 17.1 minutes and a great help to the team as he serves as a back-up for Jerrick Ahanmisi and Sean Manganti.
Jun Espeleta's mother told Dugout PH about his son's condition that, "Pero kinabukasan, things got worse as his stomach was aching and Sunday morning nag check nga ako sa kanya. He told me na may fever pa siya. His stomach was hurting and the back of his eyes was hurting so bad. Sabi ko nga go to the hospital now."
As of the writing, Espeleta's platelets went up but still has a low fever. His condition is stable yet the doctors are still monitoring him.

Soaring Falcons next assignment will be on Sunday against the UP Fighting Maroons wherein this team nearly beat the Soaring Falcons on the first round, but won because of Sean Manganti's buzzer-beating shot.

As of Jun Espeleta's condition, it is uncertain if his suiting for the Soaring Falcons on their next game against UP.