TACTICAL TOSS UP: A look at the Copa Paulino Alcantara final

TACTICAL TOSS UP: A look at the Copa Paulino Alcantara final 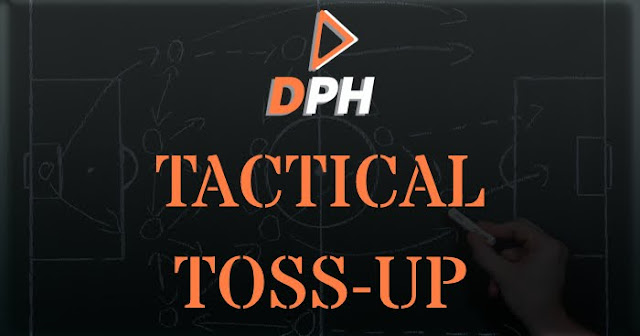 Tactics in football is not about the x's and o's on the pitch, it's more than that.

For ninety minutes, the warring managers in a match often had a lot of tricks up to their sleeves, from the simplicity of their formation to the complexity of their set piece plays.

Surely enough, the game has evolved time and time again, but in the case of Philippine football, tactics is not the main priorities of a normal fan,

Now, as Dugout Philippines' main football correspondent, we present to you TACTICAL TOSS UP, in which we talk about nothing but every gaffer's strategies in a selected match-up, alongside one pundit that will guide the newbie gaffer leading up to a huge match.

First up will be a big one: Saturday's Copa Paulino Alcantara final between Davao Aguilas and Kaya Iloilo, with the spot in the AFC Cup awaits the winners.

Without any sideshows, let's kick this off.

FORMATIONS: How do they work
Doing the commentary gig in the Copa this year gave me a massive learning experience on how the football matches should be called. Add to that, I have to do it all by myself in basically everything, just like what Ian Darke and Peter Drury did in Russia for the world to hear.

One crucial thing that we should not miss when we talk about tactics is the formations the gaffers used, and our topic being the Davao-Iloilo finale, I check on both sides how do they lined up six days ago.

First, here's how I project the Aguilas: still unchanged from their 6-1 mauling of JPV Marikina in the semifinal, in which yours truly was on the gantry. 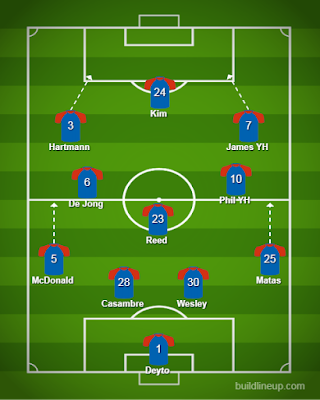 As such, the partnership of '"assistant" Manson and manager Melchor Anzures are in agreeable terms on fielding a 4-3-3 that can be a 5-4-1 when they defend, especially having Adam Reed at heart of their midfield alongside Jason De Jong and Phil Younghusband with the former Sunderland man going to be the third centre-half when Davao defends.

However, the focus will be on Kim Sung-min. The South Korean caught fire on his scoring boots, hitting six in their last two matches, and he will have Matthew Hartmann and James Younghusband supplying him with crosses inside the box.

Furthermore, Davao's unsung heroes are on their wing-backs, especially Tyler Matas on the right-hand side. His long throws to the box are threatening like free kicks and it will come handy once again on them since they have the height advantage.

On the other hand, I had Kaya Iloilo's projected formation on a traditional 4-4-2, a combination of their most used side that they play all season long. 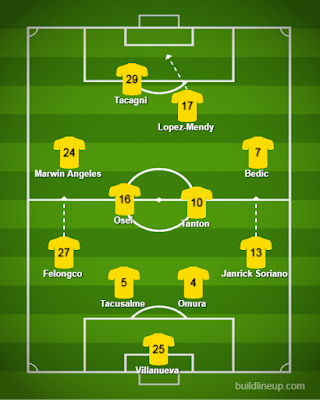 As you see it, Kaya's chemistry was top-notch since the season began, as almost all of them knew what to do, as the partnership of Camelo Tacusalme and Masa Omura at centre-half do the defensive work beautifully, not to mention the Alfred Osei-Miguel Tanton midfield duo complements them.

When you see how Marcaida lines this one up, there were two enforced changes for the season finale,  first with Connor Tacagni inserted into the target-man role which was once Jordan Mintah's property, and Eric Giganto's season-ending suspension meant club skipper Jovin Bedic had to slot in the right side of the midfield.

Bedic however can go directly in line with Tacagni and Lopez-Mendy, hence Kaya can go on a 4-3-3 when on the attack.

Not to mention, the speed's crucial role in the full-backs can be a factor, with Shirmar Felongco and Janrick Soriano combine that with their grit and hustle to stifle even the tallest winger.

The game plan according to Ced
Since I cannot do all the tactical work myself, yours truly has enlisted Pinoyfootball's Ced Seredrica to talk about the crucial talking points on this big match, as he has four keys to the match in which all of them are related to each other.

Number one:  Davao has to stay narrow and clog the middle to limit Kaya's wing play They can't go toe to toe with them there. They will get burned out wide. The smarts of Bedic and Marwin Angeles, plus the aforementioned tough as nails combo of Felongco and Soriano on the wings will give Davao fits apart from their blinding speed. That, and Robert Lopez-Mendy's poaching skills in the box will be in good use.

Related to the first one is Ced's Number two: Let Kaya pump in the crosses. Those are easier to deal with than build up play. Wesley and Casambre are big enough to handle those aerial threats. The high balls are definitely Davao's territory and there are a few tall trees in Kaya's eleven.

With the disadvantage, Ced now has a suggestion for Kaya in Number three: They can instead build up play through patient possession and try to break down Davao's defense. Yes, and they had a wrecking ball in Lopez-Mendy who can score at will. He added that " the play will have to go through the middle. Tacagni will need to do a good job in bringing in his team mates. Kaya can play with inverted wingers to overload the middle and take advantage of Casambres inexperience."

We have to underline that last part because we all know that Marco Casambre is not a natural centre-half, and they had Ian Clarino is a pure CB and can partner well with Wesley.

And because Davao plays direct and fast, he has another tip for them at Number four: Kaya will need play patient possession football. They know one error and Davao will catch them on the break. As we see in the projected squad, they are bereft of their quickness on their attacking wing, with Matthew Hartmann being the lone man at below 30. Kaya meanwhile, had stacked yup on their youth on their side, yet they kept Osei and Miguel Tanton who were part of the squad that won the old UFL Cup.

To sum it up, even Mr. Seredrica was stumped at the possibilities, conceding the fact that it will be a hard match to decide, since almost both Davao and Iloilo cancel each other out.

I even agree to him, knowing that it might be a break or a stroke of luck that will decides this Cup final to bring the domestic season to a close.