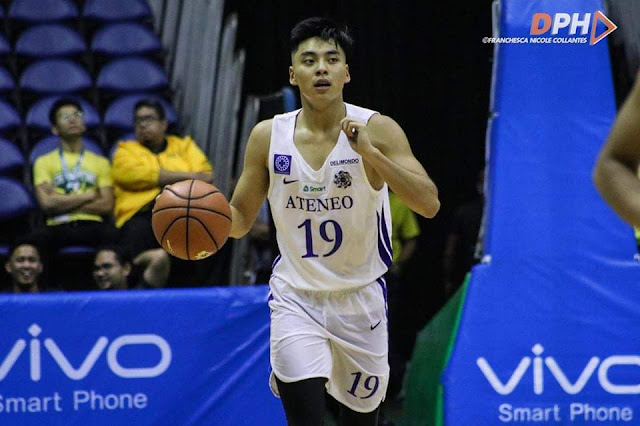 QUEZON CITY – Tyler Tio has been filling in the void that Matt Nieto has left due to dengue and his injury for the Ateneo Blue Eagles, but despite his stellar performance, he admits that it’s not as easy as it seems like.

It’s an irrefutable fact - Tio has been owning the UAAP court during the Blue Eagles’ recent games. Not only did he get to keep a spot for himself in Ateneo’s starter line-up, but he had also attained his career high for two games in a row already. He’s seen himself as the player of the game for the Blue Eagles’ match against the UE Red Warriors after producing a total of 16 points, ranking second to Ange Kouame in the team’s lead scorers for the game.

He also hasn’t seen a single turnover from these past two games and had astounded with his solid shooting both inside and outside the perimeter. His efficiency, as seen in these games, is exactly what the Blue Eagles needed following the absence from the court of one of their key playmakers – point guard Matt Nieto.

Nieto had sat out for the Blue Eagles’ past two games after attaining an injury and catching dengue. Since then, it’s been the job of Tio, one of Ateneo’s point guards alongside Adrian Wong and rookie SJ Belangel, to stand in his place and lead the team to a win. 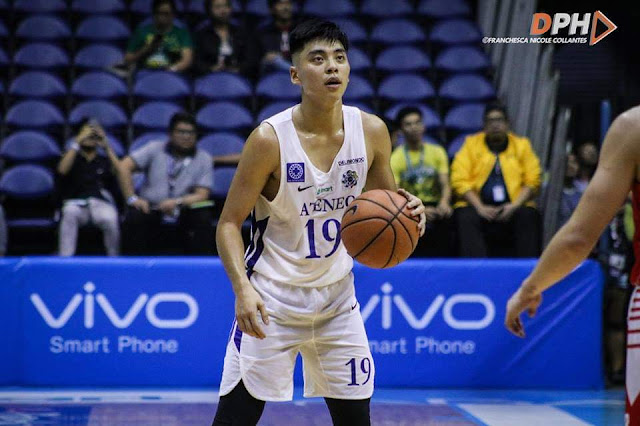 Tio’s consistency in stepping up for the Blue Eagles has been truly remarkable – enough for Matt’s absence to be barely felt on the court. However, he confessed that standing in for one of the Nieto twins hasn’t been as easy as what it seemed like.

“For me, he’s probably one of the best college point guards ever. It’s really a tough job to replace him. I don’t think I can replace him so I’m just doing my job to be me and apparently, “him”,” Tio admitted.

He counts Matt as one of his personal mentors and regards him very highly – both as a basketball player and as a person.

“We push each other during the practices. Matt is the kind of guy who gives it his all every practice so I learn a lot from that. More than the skills and more than the X’s and O’s, it’s his heart that really separates him from the rest of the pack,” he stated. 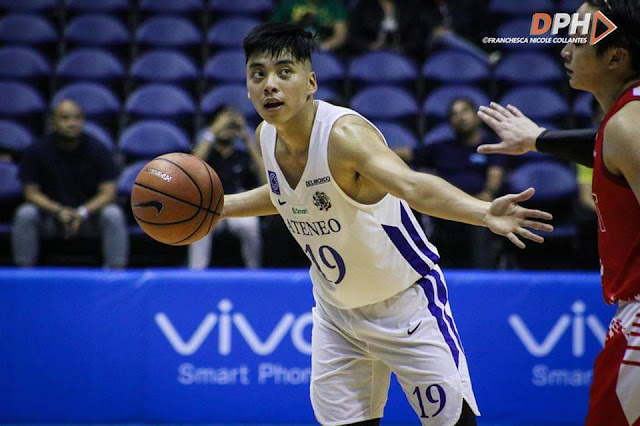 Besides that, Tio also counts Nieto’s energy and the impact he brings to the game as something the Ateneo point guard can bring to the table that makes it hard to take his place. “Sometimes they don’t show up on the stat sheet so probably that’s the hardest to replace,” he said.

He had also claimed that it has been a collective effort for the Blue Eagles to get the ball going despite Nieto’s absence and thanked Ateneo’s BEBOB mentality for getting them through.

“I guess it starts with the fact that everyone on the team has confidence that the next guy can step up so from there, I think, obviously we prepare hard for the games and thankfully, the chips fall into place during the game,” Tio claimed.

Tio confessed that he himself doesn’t know if his impressive performance would carry on for their next games, but he expressed his hopes for this steadiness to keep on. We sure do hope so too – because Tio’s promising performance has been a great sight to see on the court so far, and we definitely look forward to seeing what more he has in store for the Blue Eagles.