UAAP 1st Round Breakdown: Top Guys, Middle of the Pack, and The Bottom Kids

UAAP 1st Round Breakdown: Top Guys, Middle of the Pack, and The Bottom Kids

The race to the Final Four only heats up as the 1st round of the Men’s Basketball tournament came to a close with the FEU Tamaraws beating the defending champs, Ateneo, in a 63 - 60 thriller.

As the 2nd round dawns upon us, let’s look back at the winners and losers of the 1st round. We’re not only considering the standings in this but also the development of the teams. 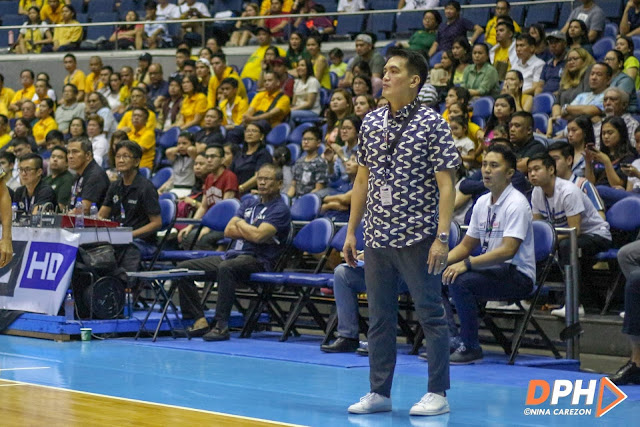 Adamson Soaring Falcons
The Soaring Falcons surprised everyone by beating Ateneo on the opening day of the UAAP season. Led by Jerrick Ahanmisi, this Adamson squad has soared all the way to 1st place, who at this point could’ve had an unbeaten record if not for their loss to a scrappy FEU squad. Most casual watchers would call the Falcons’ success as a stroke of luck, especially after Sean Manganti’s game-winning basket, but it should also be noted that keeping a team’s core intact will actually help a team to win better. We also have to give credit to Franz Pumaren who has turned this team around. After a hot start to Season 81, can the Soaring Falcons hold on to the top seed until the Final Four?

FEU Tamaraws
Looks like the Tams are going all out for the championship this year. After a very solid showing to start off the season, FEU lost to bottom-dwelling UE by a margin of 25 and to the Growling Tigers by 2. The Tams are stuck in a sort of limbo as they are tied with the Blue Eagles in terms of wins and losses but have suffered an embarrassing loss to the Red Warriors. They’ve proven that they can beat the top-tier teams but if they continue to lose to the lower half of the competition, then they’ll be having an unnecessarily tough road to the Final Four. 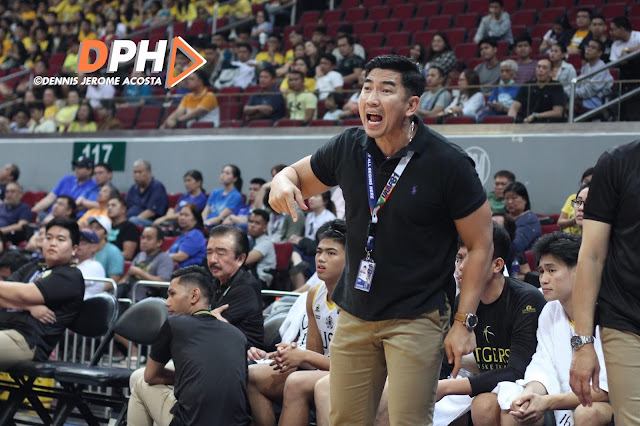 UST Growling Tigers
Renzo Subido, CJ Cansino, and coach Aldin Ayo have proven that there’s still life for the España-based squad. Beating the highly touted UP Fighting Maroons on opening day, UE Red Warriors, and the FEU Tamaraws should be seen as big markers of progress. Witnessing the chemistry that these new-look Tigers have should prove to be an interesting storyline through the rest of the season. Returning 4th year 2-guard Renzo Subido has been a solid revelation for the Growling Tigers’ success under the tutelage of coach Aldin Ayo. Subido has shown shades of DLSU’s quick and uber-athletic guard, Aljun Melecio, and he has shown that he has what it takes to lead UST to at least 2 more wins in the 2nd round.

Middle of the Pack: 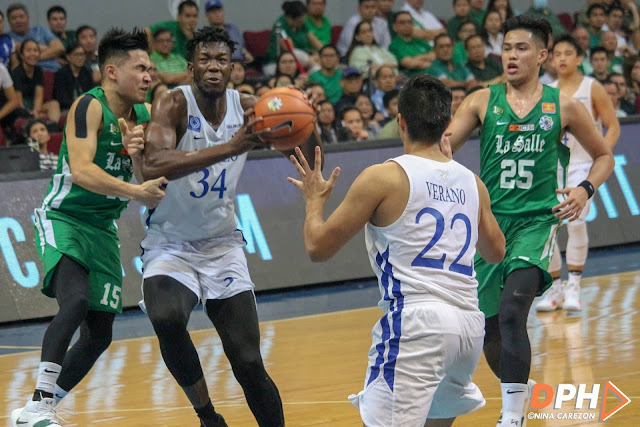 ADMU Blue Eagles
The reason why the Blue Eagles are in this category is because of their apparent regression of form. They have hit multiple speed bumps on their road to defending their title. Defeated in the opener by the Soaring Falcons and by the Tamaraws just last October 10, Ateneo has shown flashes of playing below their talent level throughout the 1st round. What’s interesting to note is that the Blue Eagles lack the killer instinct and drive that they’ve shown throughout Season 80. Being a champion does that but if this squad is to repeat this season, they must trust each others’ skills and also the fast-tracked development of the rookies. Will Navarro still hesitates to shoot wide open threes and SJ Belangel has still proven ineffective, which has led some to question his immediate promotion instead of spending a year or 2 in Team B. While a repeat has a high probability, Ateneo has to show that they’re ready to handily beat every team in the 2nd round. 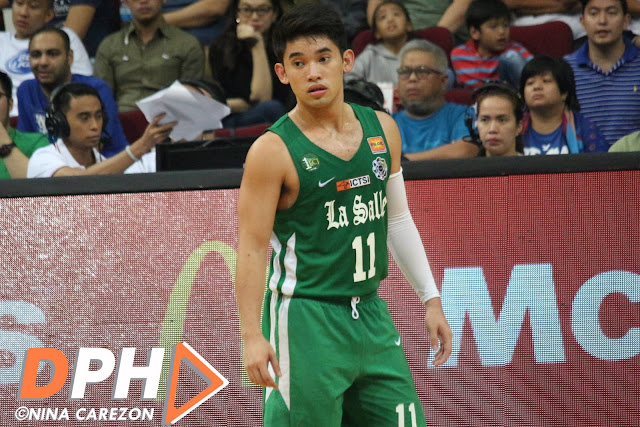 DLSU Green Archers
The Taft-based squad are in this category because of their performance in the 1st round. As of this writing, they are yet to face the recently beaten Adamson and are currently in the 4th seed. They have proven that there’s life after the departure of the Rivero brothers, Ben Mbala, and also of coach Aldin Ayo. Aljun Melecio now has the reins and he looks poised to take control of the squad in hopes of securing a spot in the Final Four. If the Green Archers are able to beat the top-seeded Falcons today, they have a great chance of playing even better in the 2nd round. 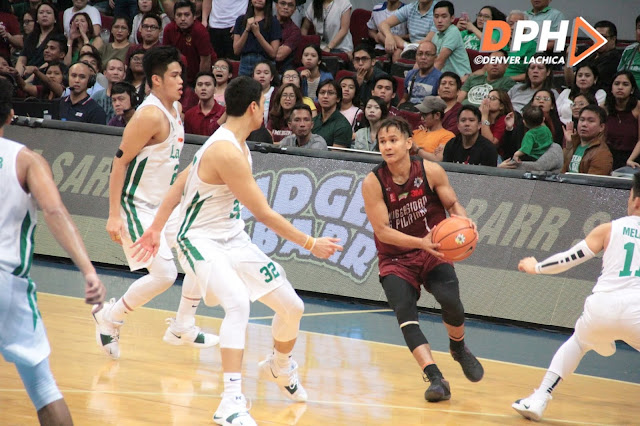 UP Fighting Maroons
Things don’t look so good for the highly-touted UP Maroons, even after the addition of Bright Akhuetie, they are still ways away from contending for the title this year. All the things that can go wrong for them have gone wrong. The Manganti game-winner, multiple 3rd quarter meltdowns, and just a lack of overall team contribution, among other things, have contributed to the Fighting Maroons’ standing. Juan Gomez de Liaño has been playing like a star, Diego Dario is still Diego Dario, a slimmed down Gelo Vito is fulfilling his role off the bench but Bright Akhuetie has shown some problems with transitioning to the UAAP style of play and Jun Manzo has to step up even more. A Final Four appearance isn’t out of the possibilities, but they will have to play as a much more cohesive unit in the 2nd round. 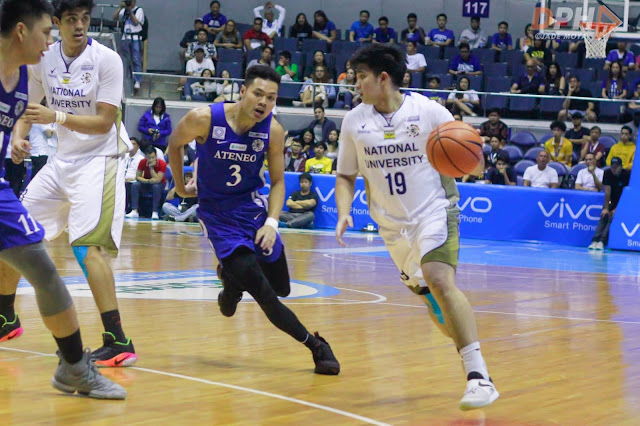 NU Bulldogs
The Bulldogs have had a great season so far, in terms of showcasing their individual talents. In terms of winning, not so much. The Ildefonso brothers have been playing phenomenally for the most part and but there’s little to no help outside the other starters. Issa Gaye’s been streaky at best and Rev Diputado’s been decent but not really. There’s a ton of room for improvement for NU in the second half of the tournament and they may continue to build their foundations for next year’s tournament. 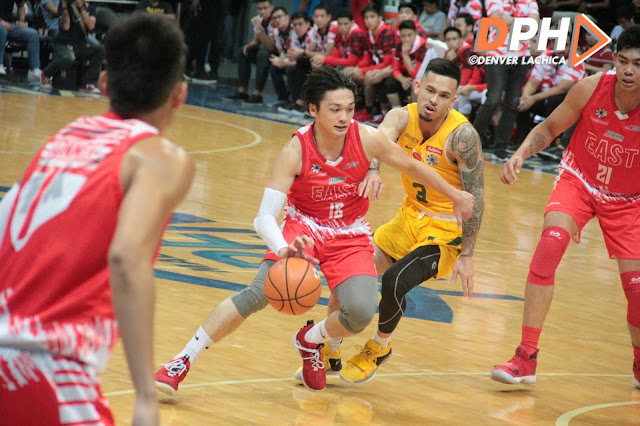 UE Red Warriors
Alvin Pasaol needs help. From all the positions. That’s how dire the situation is for the Red Warriors as there was an instance when Pasaol scored half of his team’s 62 points. If this UE squad has any hope to win another game, key players like Jason Varilla, Philip Manalang and sensational Rey Mark Acuno have to play effectively and efficiently. The biggest shocker of the 1st round is a toss-up between Ateneo’s defeat to Adamson and the beatdown that UE put up against FEU. No doubt, this UE squad has a glimmer of hope to improve this season but that will have to be hastened if they are to get at least 2 more wins this season.

The 2nd half of the tournament is definitely going to be a fun one. Here’s to an even more enjoyable round for all teams involved!