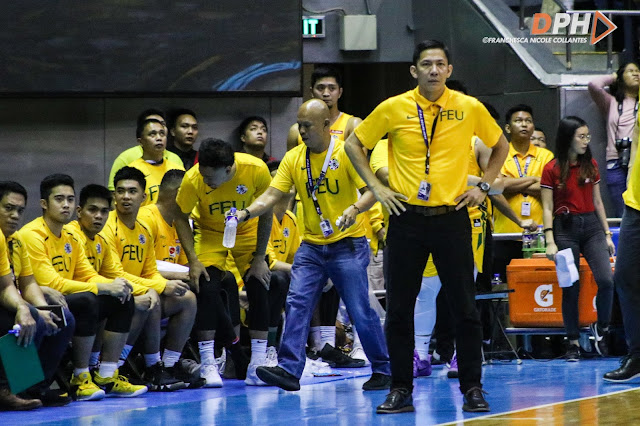 MANILA - Playing without one of the Tamaraws key player Arvin Tolentino, the Tamaraws also lost their key player Prince Orizu during the first half of the second round of the FEU Tamaraws and Ateneo Blue Eagles match-up yesterday, at the Smart Araneta Coliseum.

With 2:59 minutes left, Orizu accidentally stepped on Ange Kouame. Orizu was in pain and was taken out of the court. 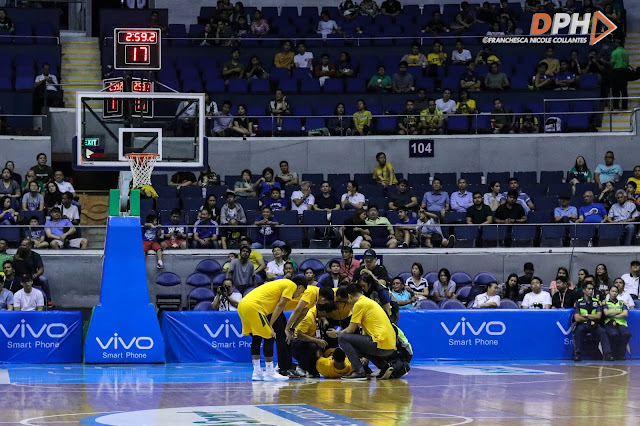 With Orizu's injury, Ange Kouame takes advantage of it as Kouame's game yesterday was his career-high game with 33 points and 27 rebounds.

Orizu's injury was a setback for FEU but Racela is proud to his players that stepped up like Richard Escoto, Barkley Ebona, Brandrey Bienes and rookie Clifford Jopia. Racela told us how proud he is to his guys, "who fought given those circumstances."

Tamaraws standing is at 5-4 now and as Coach Olsen concern right now is hoping for the health of Prince Orizu.