UAAP: A Sigh of relief for coach Jamike, but eager to do more on the next round

UAAP: A Sigh of relief for coach Jamike, but eager to do more on the next round

 Home   basketball  college sports  Jamike Jarin  NU Bulldogs  UAAP  UAAP: A Sigh of relief for coach Jamike, but eager to do more on the next round 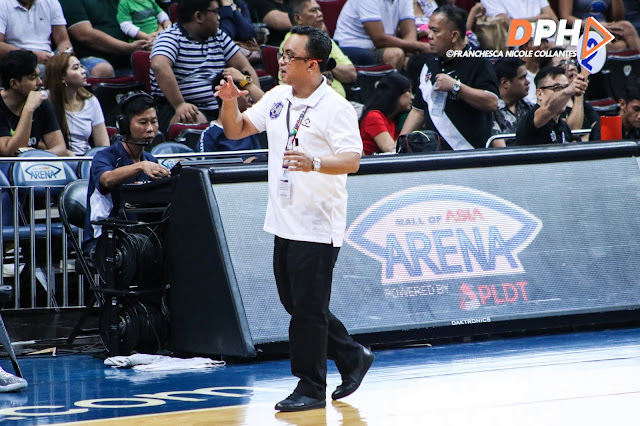 by Alexa Famisan
MANILA - The NU Bulldogs' youth of the squad showcased full display of hunger when they trampled University of the East, 88-61, Saturday at Mall of Asia Arena to end their first-round campaign this UAAP Season 81 on a high note, escaping 5 losing streak.
Head Coach Jamike Jarin shared to the reporters’ post-game, "It always feels good to win. It's been a long time. I just got out of the hospital because I was in ICU because of the losses we had. I was clinically dead because of these young men, but there's more reasons to get up and work harder because of these young men, as well. That's why you get up and try to get up from the dead," He joked, taking this one at the outlay of his longtime former assistant and now-Red Warriors tactician Joe Silva.
It was the rookies who seated in the driver seat for NU in this game, and that was commended by many.
"I'm sure you noticed, for everyone who followed me when I was still in Ateneo and San Beda, everybody knows na the wealth is always distributed because I like it that way and tonight, it was in full display," coach Jamike Jarin said.
Rookie John Lloyd Clemente took care of the scoring load for the Bulldogs with 21 points on 7-of-11 shooting while coming away with 4 rebounds. Fellow Rookie Dave Ildefonso orchestrated the offense with 14 points, seven rebounds and six assists.
The season hosts end the round with a 2-5 record.