Eagles get revenge on soaring falcons

Eagles get revenge on soaring falcons 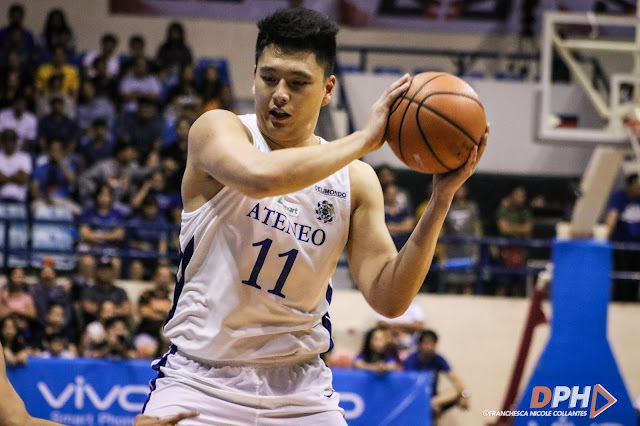 ANTIPOLO CITY -- The Ateneo Blue Eagles made their mark and finished strong against the Adamson Soaring Falcons, 62-48, on Sunday night at the Ynares Center.

With that, the Blue Eagles remain at the top spot with, 10-2 while the Soaring Falcons are still stuck in the second spot with 8-3.

Ateneo started off shaky, missing most of their field goal opportunities because of the intense defense by the Soaring Falcons. Adamson was also able to collect numerous rebounds, both defensively and offensively.

However, even Adamson struggled to translate its opportunities into shots, highlighting a very low scoring first quarter where both teams ended up with nine apiece at the end of the first 10 minutes of the game.

In the second quarter, Adamson kept their pace a little too much, giving up early fouls in the start of the quarter.

Though they were able to force Ateneo to commit several turnovers, they were still not able to translate these opportunities into field goals.

Ateneo capitalized the opportunity, and started making runs of their own and even kept their momentum, maintaining in control of most of the 3rd quarter to stretch their lead to 20.

At the final canto, Adamson started off with excellent defense but continued to struggle at the offensive end in the early minutes.

This drought was cut off by the string of baskets by Jerrick Ahanmisi who scored 8 in the last 10 minutes.

However, Ateneo answered back with their own runs, and continued to maintain the lead until the end of the game.

Isaac Go had a season-high performance of 12 points, seven rebounds, and an assist.

On the other hand, Thirdy Ravena was short of a double-double with 10 points, nine rebounds, two blocks, an assist, and a steal.

Angelo Kouame struggled the entire game because of fouls, only contributing six points, eight rebounds, and a steal in only 18 minutes on the court.

Sean Manganti was limited by Ateneo to only six points, two rebounds, and two steals in 23 minutes of playing time.

Jerom Lastimosa and Jherick Ahmnisi were the lone bright spots for the Falcons, scoring 13 and 10 points respectively.