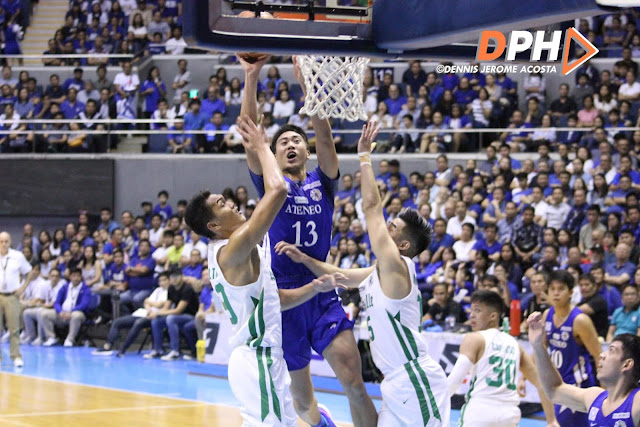 QUEZON CITY - "The opportunity was there for me, I just went out and took it."

This was Will Navarro's statement in a short interview we had with him after beating archrival De La Salle, 71 - 62, this past Sunday at the Smart Araneta Coliseum.

With Isaac Go, Raffy Verano, Angelo Kouame each receiving 2 fouls in the opening frame, the defending champions were forced to make a creative solution by utilizing 3rd string center Matthew Daves and Navarro as stopgap measures for the center position throughout the half.

During the postgame press conference, coach Sandy Arespacochaga was asked on how they were able to turn the tide and gain the lead later on and he had this to say:
"The second quarter was very pivotal for us as a team because we stepped it up defensively and Will did a great job for us."

He later continues that there were long stretches in the half wherein they had to play Navarro as a center, with Thirdy Ravena and Mike Nieto playing the forward spots; certainly a lineup devoid of having a traditional big man that would draw in the double teams which usually opens up the shooters on the wings and corners.

Go and Ravena also pitched in with their praises of Navarro, repeatedly citing his consistency in training and effort in making sure that he's always game-ready. 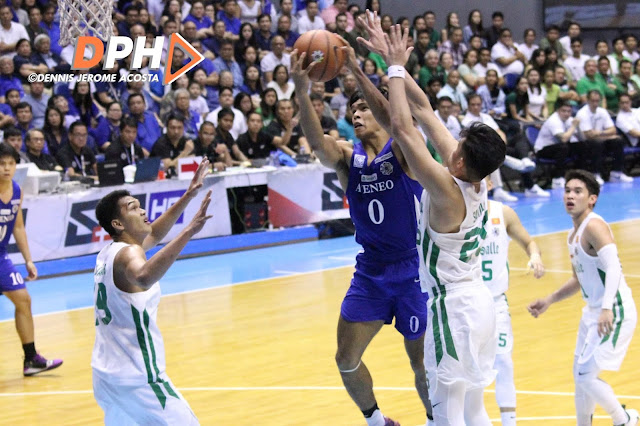 Navarro's response to being put in a situation that early in the game was simply, "I just did my job lang naman talaga. Iyong mga bigs namin na madalas babad sa minutes (referring to Go and Kouame) napa-foul trouble ng maaga kaya I had to step up talaga."

With this opportunity early on in his career, Navarro's future with the Blue Eagles seems to be very bright and it's definitely something that the Ateneo community should look forward to.

A floor-spacing pseudo big man who can also play the center spot when called on is an important element in this era of emphasized 3-point shooting and the likelihood of Navarro getting called on to receive more minutes may be an enticing one to the Ateneo coaching staff.