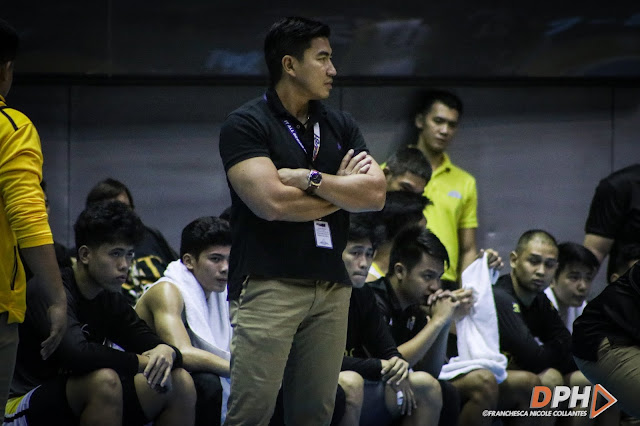 QUEZON CITY – The rookie-dominated UST Growling Tigers continue to take things one game at a time and focus on making themselves forces to reckon with for the future seasons instead of minding their back-to-back losses and waning chances of landing a spot at this year’s Final Four.

After losing to the Adamson Soaring Falcons and letting them occupy the second spot in the Final Four, Coach Aldin Ayo admits the current weaknesses of the team and praises them at the same time.
“I have to commend the effort of the players. They did their best, they tried to catch up. Kaya lang, kulang pa – especially pag pagod na. Di nasusustain yung mga pinapagawa namin,” he said.

And speaking of effort, power rookie CJ Cansino gets a special mention after showing off his intense fighting spirit in the game against the Soaring Falcons. Cansino fell and obtained a left ankle injury halfway into the last quarter, but after being escorted to the dugout, he still returned to the game as if it was no big deal. 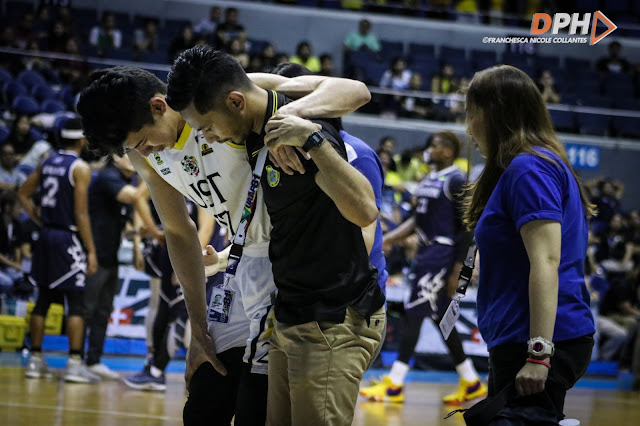 The team had shown throughout the season that they are not in a rush to take home the much-coveted title. With a current standing of 5 wins and 7 losses which lands them in the sixth place, the Growling Tigers, especially Coach Ayo, had not shown any signs of burdening themselves with the weight of emerging as one of the top teams for the season.

“Kung mangyari then bonus na lang yun. If not, then we’ll just be grateful kung anong natutunan naming dito. But for sure, we’re going to compete and we’re going to do our best,” he added, sharing the mindset that keeps the Growling Tigers afloat despite all of this season’s setbacks.