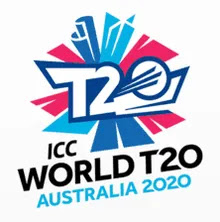 MANILA — The first-ever World Cup Cricket qualifier to be hosted in the Philippines is just days away with national teams from Indonesia, Japan and South Korea now arriving in Manila to join the Philippine team for the week-long event starting Saturday.

The International Cricket Council (ICC) World T20 East Asia Pacific (EAP) Qualifier Group B will see the four teams compete to advance to the next round of qualifiers in Papua New Guinea in 2019. The ultimate prize is entry to the Cricket World Cup to be played in Australia in 2020. The World Cup is expected to attract a global television audience of more than 1.5 billion people.

The EAP qualifier will be played at Friendship Oval at Emilio Aguinaldo College, Dasmarinas, Cavite from Dec. 1−7. The Philippine team enters the tournament as favorites.

“This is an exciting moment for Philippines cricket,” said captain Jonathan Hill, a Filipino-Australian dual citizen. “We have matured and grown together as a group over the last few years, and had some encouraging results in competitions overseas. I think we’re ready to take the next step. We’ve trained hard for this tournament and want to do well in front of our home crowd.”

The Philippine national team is a mix of players who have risen through the ranks of the Philippine Cricket Association leagues and development programs, and overseas-born Filipinos starring in domestic leagues just below the top tier in Australia and England.

The Philippines will rely heavily on the talented Australia-based foursome of Hill, a proven match winner at the international level, Henry Tyler, a second grade top-order batsman from Melbourne, debutant Grant Russ, a swing bowler from Australia’s far north, and Daniel Smith, a first grade fast bowler and state representative from Sydney who also plays for Kent and Hampshire in England.

“I live for cricket. It’s what I’ve done all my life,” said Smith, who made his debut for the Philippines at an East Asia Pacific competition in Australia last year. “To play cricket for my Mum’s country makes her extremely proud and that’s a really good feeling for me. I’m really excited to represent the Philippines on home soil for the first time.”

The Philippines’ first game is against South Korea on Saturday at 1:30 p.m. They play Japan at the same time the next day. The event is free for spectators.

“I’d love to see Filipinos embrace their national team and come to the ground to support them,” said Faisal Khan, the local tournament director and general manager of the Philippine Cricket Association. “It’s a fantastic opportunity to see the stars of the game in the Philippines and from around Asia. T20 cricket is easy to understand and really exciting to watch. If you are eight or 80 years old you will enjoy it. It’s a terrific family day out.”