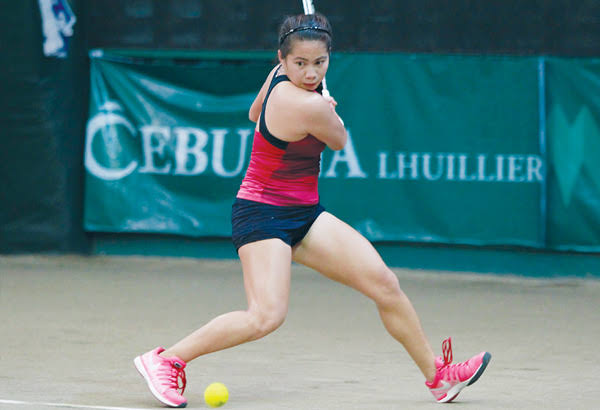 MANILA—Five-time titlist and last year's champion Marian Jade Capadocia confirmed in an exclusive online interview with Dugout Philippines that she will not defend her title when the 2018 PCA Open kicks off on November 16 at the PCA Tennis Grounds.

Capadocia, a winner from 2011 to 2014 and in 2017, will miss this year's PCA Open due to her prior commitment for the Arellano University Women's Tennis Team in the NCAA.

Capadocia will try to lead the Lady Chiefs in clinching the coveted NCAA women's tennis title after falling just short for a second place finish last season when the competition starts on November 28.

The 23-year old tennister from Antique first captured the PCA Open in 2011 after becoming the youngest player ever to win the title at 16 years old.

Capadocia then went on to dominate three more years until 2014 before focusing on her international career and rising up to her career-high doubles ranking in the WTA at #972 in doubles last April.

This season, Capadocia, who currently sits as the world's #999 in doubles, captured her first career title with Oman's Fatma Al-Nabhani at the ITF Bahrain 01A last March against Emily Webley-Smith and Valeria Bhunu, 7-5, 6-2.

With Capadocia missing in action in 2018, other top Filipino female tennis players including Patrimonio, Bambi Zoleta, and Akiko de Guzman are all expected to fight for the 2018 women's PCA Open crown.