QUEZON CITY -- In a battle that decided who Ateneo will face on Saturday for the championship, the UP Fighting Maroons eked out a win in a grind-it-out affair against second-seeded Adamson University in overtime, 89-87, on Wednesday night.

From the tip, everyone in the Smart Araneta Coliseum saw just how intense the game would be as there was an incident between Papi Sarr and Felix Jaboneta leading to the latter dislocating his finger.

The first quarter witnessed the strength of both sides as UP was already in penalty by the 4:22 mark while Adamson showcased their physical prowess in their hustle plays when going for the loose balls.

Juan Gomez de Liaño, who finished with 30 points, shone in the early going as he pushed UP's pace to match the length of the Soaring Falcons much in the first half but he would also draw his 4th foul early in the 3rd, limiting him for some stretches.

This see-saw battle would ultimately fall into the hands of the Fighting Maroons by the end of the half with a score of 51-42. 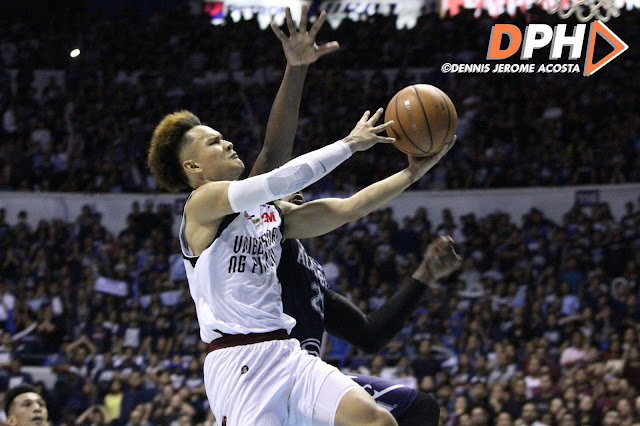 As has been the trend in basketball games, the 3rd quarter would prove to be pivotal as coaches would make their gameplan changes in the locker room.

Coach Franz Pumaren would go on to guide his team into a third quarter comeback storm by outscoring the Fighting Maroons, 25-13, behind excellent halfcourt defense and timely baskets to stymie the roaring UP offense and later on take the lead, 67-64, going into the final frame.

With all of the marbles on the line, both teams brought out the best in each other as both sides scored clutch baskets in order to help their teams win the game.

UP was poised to win it all in regulation but it was Jerom Lastimosa's clutch three that would tie the game up and most interpreted it as the momentum swing that the Falcons needed to finally put away UP and go to the Finals. 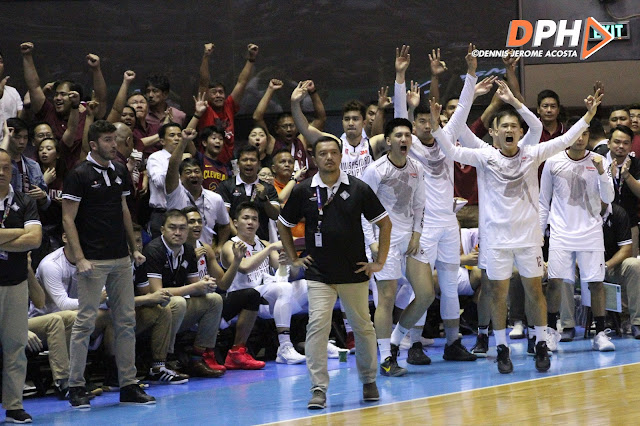 Led by Paul Desiderio, the Fighting Maroons were not about to give up the fight.

Although both sides would have nail-biting moments late in the extra period, Desiderio would have the final say in this game.

He called up an isolation play on the wing which would leave him with ample space to operate and make the mid-range jump shot that would ultimately seal Adamson's fate.

Prior to making that shot, he was shooting 3-of-19 from the field and wouldn't have been Coach Bo Perasol's triggerman.

Asked about the final play, coach Perasol would note that it was all improvised by Desiderio and, although it wasn't the designed play, he'll gladly take the result.

With this win, the Fighting Maroons are back in the Finals after 32 long years.

Having only two days of rest between them and their Game 1 match-up with the team-basketball oriented Ateneo Blue Eagles, UP has a tough task ahead of them.