FEU gets first win of the second round at UE's expense

FEU gets first win of the second round at UE's expense 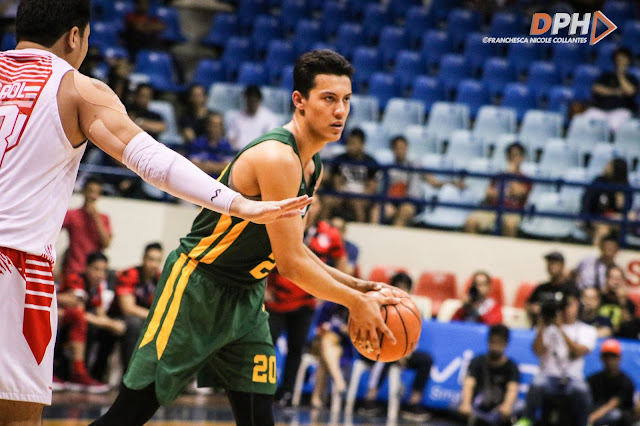 By Renee Ticzon
ANTIPOLO CITY – The FEU Tamaraws dominate against the UE Red Warriors to claim their first win of the second round of Season 81, last Sunday, November 4.

With that, The FEU Tamaraws is at 6-6 and currently tied with the UP Fighting Maroons on the fourth spot while the UE Red Warriors slides down to 1-11 at the bottom of the standings.

The Tamaraws made their presence felt defensively in the opening minutes of the quarter. However, both teams were not able to capitalize in all their opportunities with the several missed baskets.

The lack of baskets came to a halt with the sudden explosion offensively by FEU, creating a 5-0 run late in the quarter. This was then returned by UE with Philip Manalang’s back-to-back three’s.

In the second period, Arvin Tolentino stretched FEU’s lead by scoring 10 points in this quarter alone. The Tamaraws also locked their defense on Alvin Pasaol, allowing him to score his first basket almost 5 minutes into the second quarter.

After the half, UE came out with more aggressive defense, however these extra possessions were not translated into field goals.

Towards the latter part of the quarter, both teams started scoring beyond the arc with Alvin Pasaol making three and Brandrey Bienes making two.

Alvin Pasaol’s offense finally started to get going, creating 16 in the quarter alone.

However, the lead established by the Tamaraws in the first half was too big for UE to catch up. Several turnovers were given up by FEU, but these were not fully maximized by the Red Warriors, leaving the team behind as big as 25 points.

Ken Tuffin had a spectacular performance with his career-high 17 points, 4 rebounds, an assist and a steal. Arvin Tolentino also scored 18 points and 5 rebounds overall.

Kevin Eboña filled in the gap left by the injured Prince Orizu with a double-double of 12 points and 16 rebounds in 26 minutes.

Alvin Pasaol was able to give his team 24 points and 12 rebounds while, Philip Manalang was limited to only 6 points and a steal in 25 minutes on court.