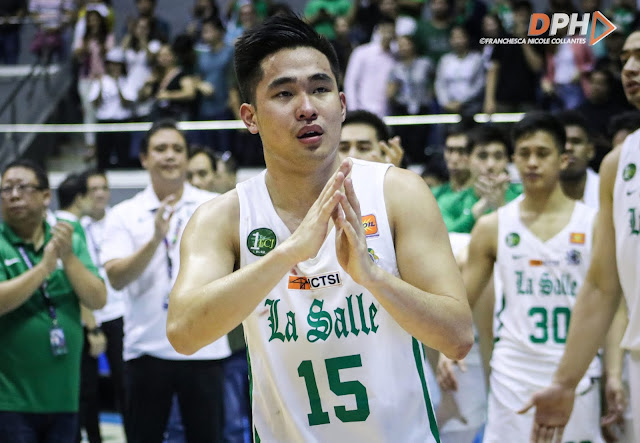 QUEZON CITY – Kib Montalbo was once just a kid who dared to dream, and as he chased these dreams and made them his reality, he has turned into the man who has done and achieved more than he could have imagined that we know now.

One would think that after losing the last spot on the Final Four to the FEU Tamaraws on his last playing year, Kib Montalbo would be too pained to talk about his ending run as a Green Archer for the UAAP. 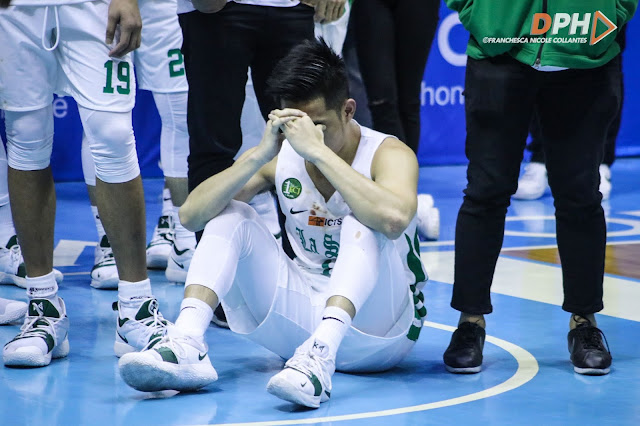 However, the Man of Steal goes forth to remind us that despite the sad conclusion for him this season, he had one of the most beautiful journeys to reach where he is now – and that, is something to be very grateful about.

“I was just a boy who dreamed of playing with drums -yun lang,” he humbly confessed.

The Green Archer who hailed from Bacolod reminisced on his simple aspiration which drove him into becoming the level of basketball player that he is now and started it all. “Back in Bacolod, sabi ko, gusto ko lang pumunta ng Maynila para maglaro kasi may drums dito. Sa Bacolod wala eh, walang crowd eh,” Montalbo said.

With a desire and ambition as modest as this, even he was surprised with the heights he had reached once he stepped foot into La Salle and joined the team. From being one of the players to watch out for to holding down the forth as team captain, Kib Montalbo went from being the kid who dreamed to the man who had achieved more than he could dream of.

“I didn’t expect that I would be a captain of La Salle - and to lead the team, I never expected that,” the 5-foot-10 guard admitted, expressing how, to him, this was the “wildest dream”.

Of course, the Captain acknowledges that without the people who had shown him immense support, he wouldn’t be where he is now. “I’m grateful to the university, to the coaches, to the bosses, managers, everything. Wala na akong ibang masabi, just thank you for this opportunity. Binigay ko naman lahat eh,” he said.

Season 81 had been especially tough for Montalbo, as he went from injury to injury which obviously took a toll on his play and reflected a total average of 5.5 points, 2.9 rebounds, 3.0 assists, and 1.4 steals.

“I’m thankful for the Lasallian community kasi grabe yung suporta nila samin. Akala ko aalis na sila eh nung nagthathank you kami eh - pero they stood there and they thanked us and we’re forever grateful for that opportunity,” he added, proceeding to thank the fans and the community whose unwavering cheers and encouragement helped the team power through especially in moments where they are most down.

“Kulang pa yung thank you,” he professed his appreciation.

“It’s a blessing but also a privilege na makalaro sa La Salle,” he said, noting how hard it is to be admitted into the haven of the Green Archers – let alone be picked as the celebrated basketball team’s main man. “Being here, being in our position, we’re only boys who dreamed of being here”.

And we’re glad Kib Montalbo dreamed. We’re glad he dreamed of hearing drums as he played because each beat that dropped for him matched that of our hearts which knew that he is perhaps one of the best King Archers the UAAP ever had.