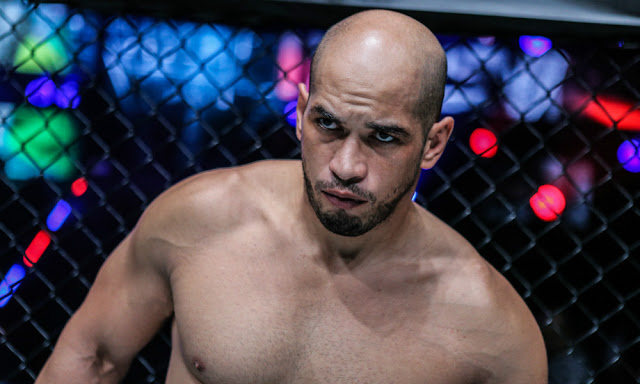 PASAY--Brazil's Alexandre Machado made a huge recovery in the second round to beat Japan's Hideki Sekine at One: Conquest of Champions at the Mall of Asia Arena on Friday night.

In a battle between former title contenders, Machado, who previously challenged Aung La NSang for the One light heavyweight belt, turned things around after Sekine, who vied for the One heavyweight title against Brandon Vera, got his ground game going in Round 1 and forced him to concede after some ground-and-pound action in the next five minutes.

Sekine quickly used his brilliance in the grappling game, taking down Machado four times in a little over two minutes to start the contest.

However, Machado kept his poise to prevent the submission defeat.

In Round 2, Machado connected on three left hooks to the head of Sekine that shook the latter up, and eventually Machado sent Sekine down and used the ground-and-pound on him, forcing Referee Olivier Coste to stop the contest at the 1:44 mark of Round 2.