Maroons assure spot in Final Four with win over Archers

Maroons assure spot in Final Four with win over Archers 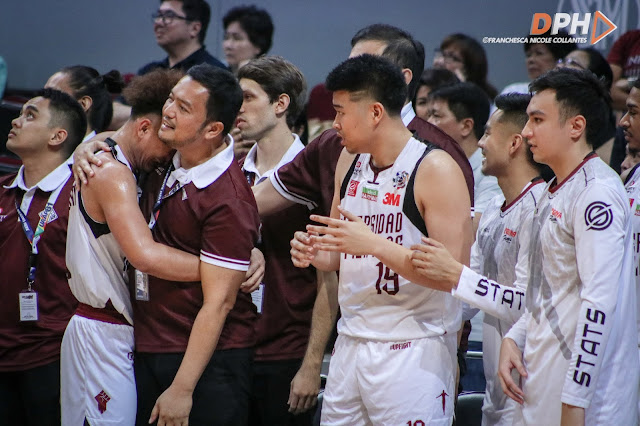 
PASAY CITY -- The UP Fighting Maroons claimed the third spot in this UAAP season's Final Four by pulling a 97-81 win over the DLSU Green Archers.

Making its return to the semifinals after 21 years, theFighting Maroons made use of their incredible pace to leave the Green Archers in the dust.

UP even put in a lead as big as 26 points in this crucial game, which served as the determinant for who will land a sure spot in the season's Final Four.

The team banked on fastbreaks and second-chance points to clinch a much-coveted win.

Albeit witnessing an A-game from everyone in the team, the GDL brothers Juan and Javi Gomez de Liaño pitched in the most scores for the Maroons, garnering 27 and 19 total points, respectively.

This win would have also not been possible without Bright Akhuetie's brilliant defense and presence with 20 rebounds, six offensively.