Ricci Rivero played his best despite limited minutes against Jordan

Ricci Rivero played his best despite limited minutes against Jordan 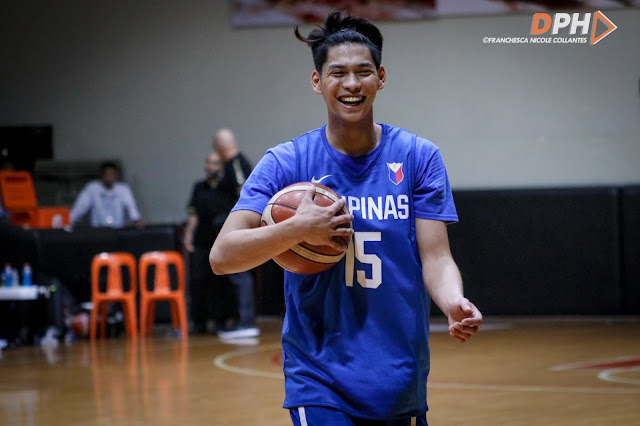 PASIG -- Being one of the youngest player in the Gilas Pilipinas roster who played in the tune-up game against Jordan on Monday night, Ricci Rivero was in action, playing limited minutes in the second quarter.

With that limited minutes that Rivero played on the tune-up game against Jordan, he did all his best to impressed Coach Yeng Guiao.

"Like what I've said before, ang focus ko is to create open shots for my teammates kasi lahat naman silang nasa line-up capable of making their shots," Rivero mentioned after the game.

He also did his signature move that made the crowd impressed and played fearlessly against the big guys of Jordan.

"Syempre masaya kasi I'm getting to play alongside my kuyas and to play under Coach Yeng, Coach Ryan, and Coach Caloy." Rivero further mentioned post-game.

It is uncertain if Rivero will play in their tune-up game on Wednesday night against Jordan once again, since players from Barangay Ginebra might suit up for Philippines as they only watched at the sidelines on Monday.

With a report from Ivan Saldajeno