Thirdy Ravena focuses on his role for the Blue Eagles

Thirdy Ravena focuses on his role for the Blue Eagles 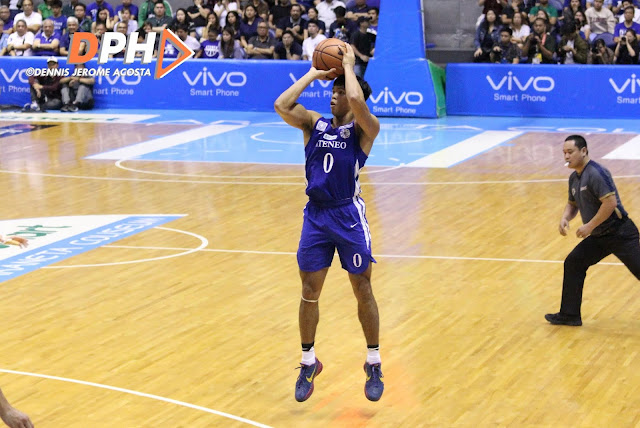 QUEZON CITY -- Ateneo’s King Eagle Thirdy Ravena is unshaken by his non-participation in the first five against the De La Salle Green Archers on Sunday.

“It was different, but then again, it’s about doing our roles.”

Thirdy, a usual starter for the Blue Eagles, was tasked to come off the bench for the Blue Eagles in their match against the Green Archers. Adrian Wong took the place of the King Eagle, which was something Thirdy was happy to accept.

Coming off the bench, Thirdy knew nothing is going to change in the manner he played. The Blue Eagle talked about how much he trusted his coaches’ decision, especially in a game as crucial as this.

“I’m just doing my job, just like my other teammates.” he added.

For Thirdy, his focus is far off from personal achievements and recognition in his fourth season in the UAAP -- his focus is on the championship.

Ravena did not want the eyes to be all on him because he stressed how every person in the team was important, focusing on their team mantra: next man up.

Because of a suspension he incurred after an unsportsmanlike foul from the recent Ateneo-UP match up, Ravena is no longer eligible to receive any individual awards from the league. However, this does not bother the veteran because he says that his focus is on the championship and nothing else.

As an individual, Thirdy feels that he needs to focus on his role in the team. He has always stressed how every game, he would not focus on grabbing a certain number of points and rebounds; rather, he would just do what the coaches instructed.

“I don’t think I was consistent this season, tulad ng last year” he says. Thirdy’s statistics this year reached a peak of 23 points and 12 rebounds, but there are also some days that the Blue Eagle stays quiet. 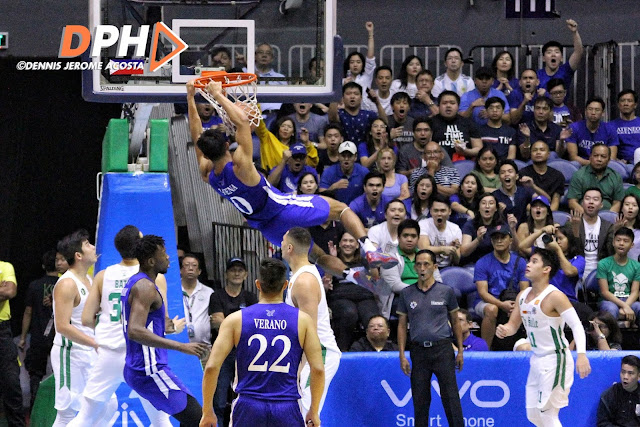 “It’s all about doing your role, it doesn’t matter what the results say. What matters is that I do my job.”