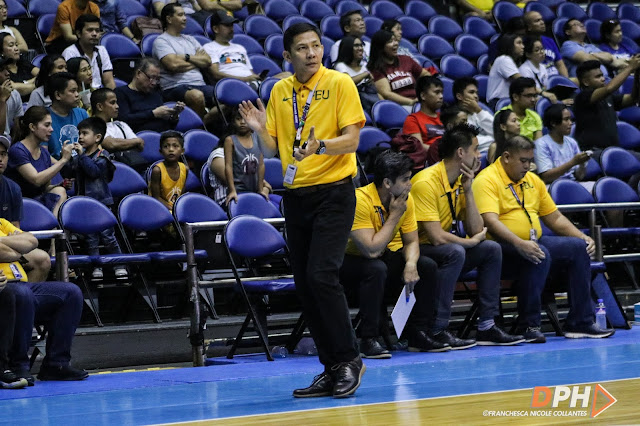 
MANILA - After being number 1 in the standings after the first round, the FEU Tamaraws slid down from 5-2 to 5-6 after entering the second round of the UAAP Season 81 with a four-game losing streak, sending them down to the fifth spot and to a tie with the UP Fighting Maroons.

Coach Olsen Racela told the reporters post game, "Well nakakabahala kasi right now we're out of the final four. We have to figure out a way to win one first, then we have the next three games. So hopefully okay na si Prince by that time but good thing is we have a week to prepare, sort things out and then see what happens".

Racela added, "We were up actually today, no? We could not finish the game but again lumaban even without Prince. So yun hopefully, we can address the problems with this sa one-week break namin."

Coach Olsen ended his statement,"Right now, it doesn't matter we're fighting for survival. We cannot think about that those wins because it will actually do us no good. Ang focus namin right now is to get one win on the second round and tignan natin from there, so right now ang focus namin is UE,next Sunday."