UAAP: Racela on Eboña, "He just typifies the Be Brave spirit ng FEU."

UAAP: Racela on Eboña, "He just typifies the Be Brave spirit ng FEU." 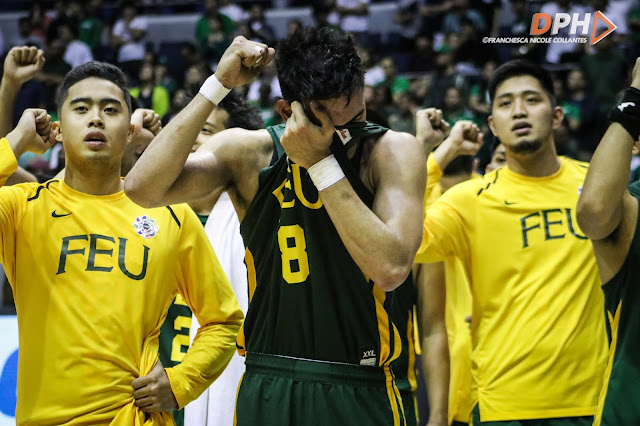 He played 24 minutes on their game against the Green Archers. Eboña got his career-high game with 12 points, 16 rebounds with 10 of those came from offensive possessions.

Coach Olsen Racela commended Eboña, "He just typifies the Be Brave spirit ng FEU. The way he goes for those rebounds, the way he defends, 10 offensive rebounds, grabe yung puso ng batang yon. He gave us a lot of extra possessions in this game".

Eboña ended with, "Basta at the end of the day atleast wala akong pagsisisihan."

Playing while enduring pain due to cramps and living the Be Brave mantra, Eboña's efforts paid off as he contributed to the Tamaraws win to get the last final four ticket. With that, FEU Tamaraws will face the ADMU Blue Eagles on the Final Four once again, this Sunday, 3:30 pm at the Smart Araneta Coliseum.