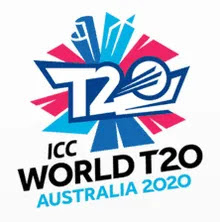 MANILA--Teams and officials have arrived in the Philippines ahead of the first ever International Cricket Council (ICC) tournament to be hosted in the south east Asian nation.

The Friendship Oval in Dasmariñas, just south of the capital Manila, will see the teams from Indonesia, Japan, the Philippines and South Korea competing in the ICC Men’s T20 World Cup East Asia-Pacific ‘B’ Qualifier.

The tournament will be in a double round robin T20 format. The top team will qualify for the ICC Men’s T20 World Cup East Asia-Pacific Regional Final alongside Pacific qualifiers Papua New Guinea and Vanuatu.

Indonesia come into the tournament fresh off a two week tour of Sri Lanka where they played several local club teams, winning four out of five games, giving the young side a big confidence boost.

Following their win at the East Asia Cup in September, Japan go into the tournament with plenty of confidence and a side that has largely been together for more than two years.

On the other hand, the South Koreans are the great unknowns, playing in their first ICC tournament in more than five years.

The home team, the Philippines, will head into the tournament as favourites after finishing ahead of Indonesia and Japan in their last encounter in 2017.

They will once again be boosted by the inclusion of four Australian-based players Daniel Smith, Henry Tyler, Grant Russ and captain Jonathon Hill.

Cricket has been played in the Philippines for more than 100 years, but the development of the game among Filipinos started in 2011, largely thanks to local tournament director Faisal Khan and former general manager Iain Sinclair.

For Hill this tournament is “an amazing opportunity to promote the game to all the aspiring boys and girls across the country.”

“For everyone involved with Filipino cricket it is a tremendous honour to be playing this tournament at home, it’s the pinnacle of cricket in the Philippines to date,” Hill concluded.