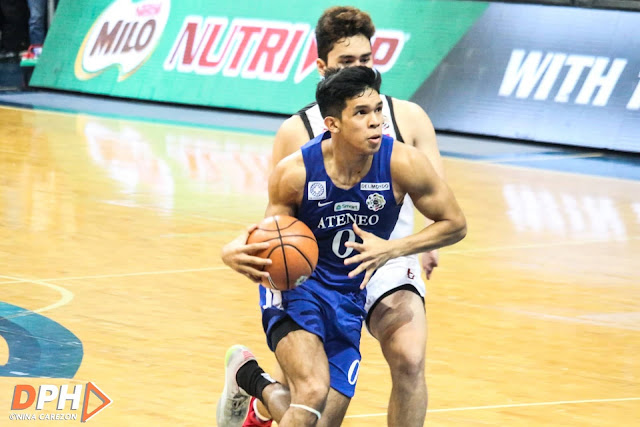 
PASAY CITY – The heart, the fighting spirit, and most especially, the momentum: these are the things that both brought the UP Fighting Maroons to the finals and the Blue Eagles’ forward Thirdy Ravena counts as the most threatening weapons that their current opponent for this year’s title has.

The battle is on for the Katipunan brothers as the Ateneo Blue Eagles and UP Fighting Maroons go against in each other for this year’s UAAP men's’ basketball championship title – and we’ve seen how tenacious both teams were during their first game in the best-of-3 series last Sunday. None of the two were ready to let go of the chance to put one hand on this year’s crown – to which the Blue Eagles had succeeded in with a – win in the tight battle they had with the school on the same area.

Still, though they give each other a hard time on the court, Thirdy Ravena says the utmost respect for their fellow Katipunan UAAP school remains – especially as they’ve made their mark on history by giving their community a return to the Finals after 32 years. 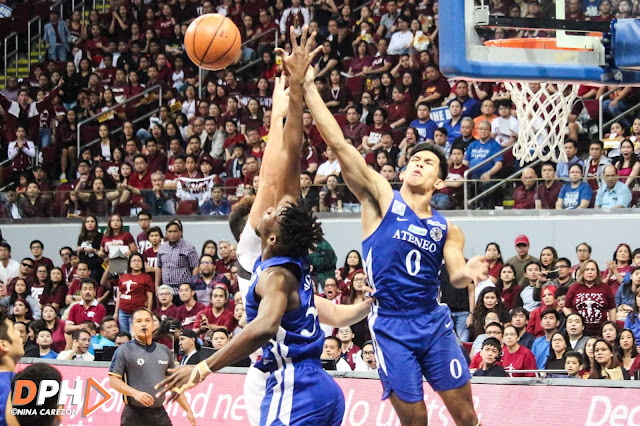 “I have nothing but respect and love for UP, especially for Coach Bo. I’m so proud of what he’s accomplished for the UP community and coming into the finals, alam namin na they’re still on that parang momentum na nakuha nila dun sa series nila with Adamson,” he said, giving a shout-out to their team’s former coach Bo Perasol, who is now manning the UP Fighting Maroons.

“Coming into the game, we just had to be prepared. We know that they’re still riding on a momentum and nakakatakot kalaban yun kasi minsan di tumitigil yun unless ma-stop mo with preparation,” he noted.

He also added that the historic feat that the Fighting Maroons had achieved and the uplifting feeling it gave their players definitely boosted their drive to go and get this year’s crown – to which the Blue Eagles are fighting to defend as they aim for a back-to-back championship.

“Alam naming mataas yung emotions nila and it really helped them, not just with the finals but also to get where they are right now,” he said. 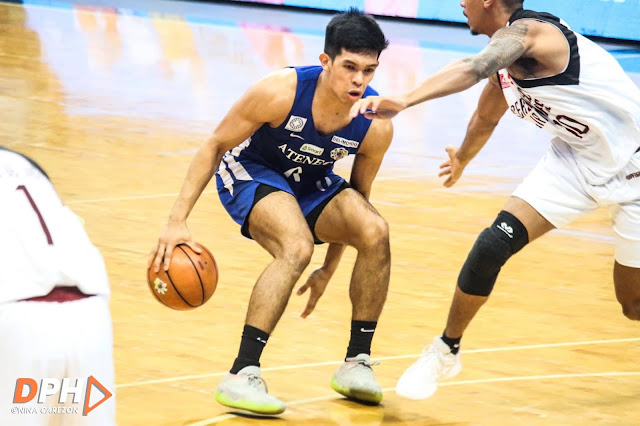 Tension rose during the game after Bright Akhuetie suffered an injury in the third quarter, which caused him to exit the court for a while. However, Akhuetie proved that one of the several reasons why he deserved to be this season’s MVP was his determination to hand over a win to the community this year as he returned and played again despite the pain.

Akhuetie’s return, Ravena said, was a very significant point in the game – and he and his teammates knew it. They knew that both the crowd and the team felt more empowered the moment Akhuetie stepped back in, and thus the Blue Eagles had to suit up.

“Nung pumasok si Bright, alam namin na mas gaganahan sila, na mas bibigay nila para kay Bright kasi alam nilang nasaktan siya nung third quarter. We just had to be ready for it,” Ravena, who was only one assist shy of hitting a triple-double for the game with 21 points and 10 rebounds, admitted.

“Alam namin na lalaban sila – di naman sila bibigay kasi yun yung nagdala sa kanila sa finals, yung laban nila, puso nila, and we know that they’re not gonna make it easy for us in the next game. We just have to go back, prepare, and just focus as a team,” he added.

And if the Fighting Maroons had their hearts and fighting spirits to bank on for the battle to the crown, then what do the Blue Eagles have to rely on? Ravena says it is nothing but their preparation – not just for the game, but also the other factors that might faze them.

“We just had to stay composed and we just had to stick to what we were doing right, which is to follow the system and play for one another,” he said.

“That’s what got us here eh, yung preparation naming, so we just stick to it kasi yun yung gumagana,” the forward, who made 43% of his field goals for the game, commented. “It was a tough, tough game so I just wanna praise UP as well for that tough game,” he added.

And we best believe that the UP Fighting Maroons will pose an even tougher game for the Ateneo Blue Eagles to stop them from obtaining a back-to-back win this Wednesday for Finals Game 2 at the Araneta Coliseum – but of course, the Ateneans are not ones to back down from such a challenge.