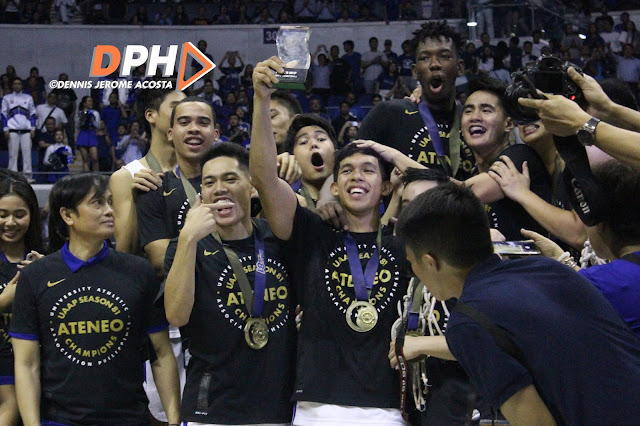 QUEZON CITY – Thirdy Ravena and MVP: these words truly and naturally belong together in one sentence, and the Ateneo Blue Eagles forward reminded everyone just why.

On their second game against the UP Fighting Maroons, the Ateneo Blue Eagles were able to cut the best-of-three series round for the championships short by claiming the title for the second year in a row with a 99-81 win.

Delivering an all-out performance to help his team defend their championship, Thirdy Ravena produced a whopping 38 points, 6 rebounds, 6 assists, and 3 steals during his 32.33-minute playtime. With these stats and the fact that he made 72% of his field goals, it was no surprise to see him prevail not just with a championship for his team, but also the title of Finals MVP.

However, Ravena – who missed the opportunity to make the cut for the season’s Mythical Five due to disqualification after he received a suspension for one game – says his reemergence with an individual award was just a by-product of him doing his job. 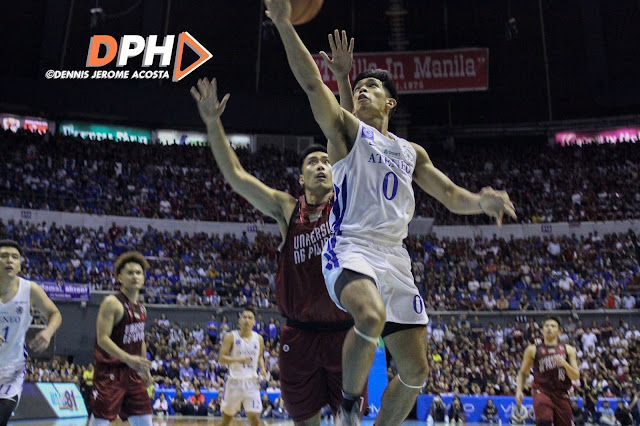 “My mission was to give everything that I can. I didn’t really expect to score, it just came na pumapasok yung mga binibigay sakin ng teammates ko,” Ravena said.

He also doesn’t miss the chance to shine a light on how his fellow Blue Eagles – and band of brothers – played essential and pivotal roles in paving the way for both the championship and his award.

“If it wasn’t for Matt, yung mga pasa nila sakin, di rin naman magiging possible yung nangyari and I just wanna thank all of my teammates for making this dream come true not just for me but for each and every one of us,” he said, reiterating his team’s mentality of not just winning, but also forming a brotherhood in the process.

He added that there was no specific point or moment in the game where he and his teammates began to step up and set fire to the court with their shots – including his 71% efficiency in perimeter shooting and 73% inside the paint. 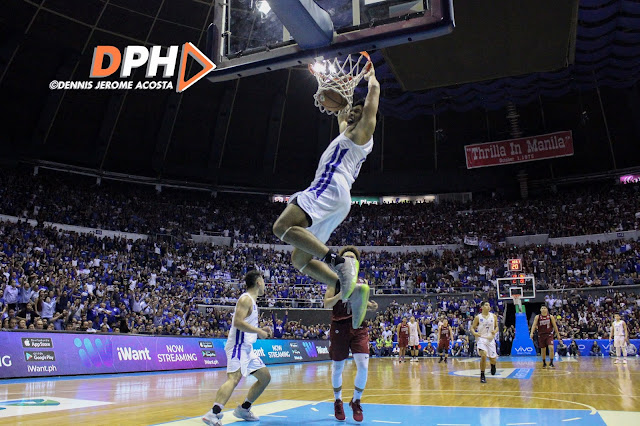 He also added that his mindset on the court isn’t unique to him – but is something that the entire team has. He noted how he’d totally do the same for his band of brothers if that’s what the game calls for – all in true man-for-others fashion. “If it’s working, I have to set up my teammates, create shots for them, and if I’m open, I just shoot the ball – just like what everyone else does. I’m just doing my role,” he stated.

– And perhaps, with this mentality, plus his grit, tenacity, and intellect on the court, Thirdy Ravena proves his role to be that of a consistent playmaker, a reliable Blue Eagle, a dependable teammate – and, last but not the least – a commendable MVP.