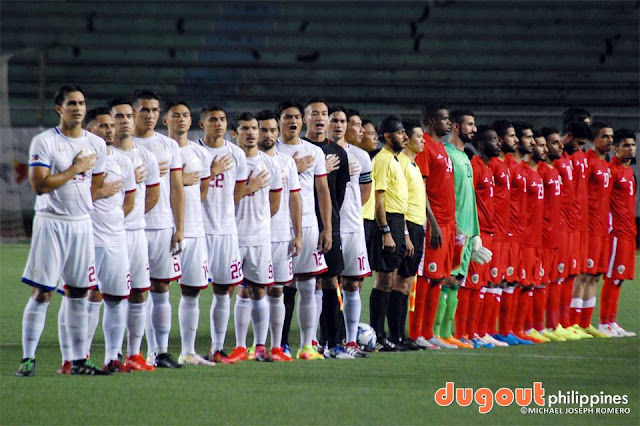 MANILA -- Before taking on Vietnam in the first of the two-legged semifinal of the AFF Suzuki Cup in Bacolod on Sunday night, the Philippines ranked 114th, up two spots, in the latest FIFA rankings released for the month of November.

However, the Azkals' ranking is still 14 spots behind the Golden Dragons, who barged into the top 100 for the first time in seven years as both sides will stake their unbeaten records in this year's biennial tournament.

Iran retain their pole position in Asia being ranked 29 and Asian Cup hosts UAE are 50 spots behind Carlos Queiroz's side.

Belgium still lead the rankings followed by world champs France and Brazil to round up the top three.