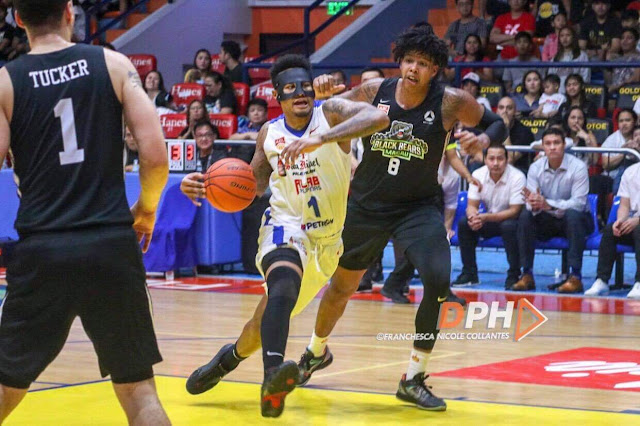 
MANILA—Bobby Ray Parks Jr. was seen wearing a mask instead of his usual bandana on Friday night in Alab Pilipinas' match against Macau Black Bears.

This was because of his unfortunate encounter with Malcolm Miller, who accidentally elbowed Parks on his nose in Alab's last game against the Formosa Dreamers in Taiwan.

Parks suffered a cut just above the bridge of his nose and needed stitches right away resulting for him not returning to the game.

He was cleared to play again but only if he would wear a protective mask to prevent any further damage.

Parks admitted that he was uncomfortable wearing the mask.

"Hassle. Sobrang hassle. I can’t wait to get my stitches out. Even with just walking na may bandage na ganito, parang may nakikita akong harang dito so hassle pa din siya, that’s why I keep my mask around,” he added when asked about the condition of his nose.

However, Parks was also excited about their upcoming rematch against Mono Vampire.

“They’re still a good team, well-coached. Like I said, to be the team to play us in the Finals–took us to five games—it goes to show that they have a great program and they still brought back most of their players from last year. It’s going to be a track meet for sure.”