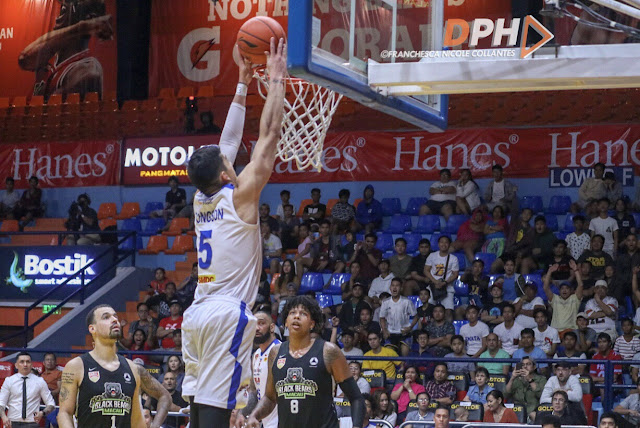 MANILA - Caelan Tiongson of Alab Pilipinas dropped 6 points and 5 rebounds as he played against his former team Macau Blackbears. Alab Pilipinas got the win, 106-99, after a hard-fought fourth quarter.

Tiongson made a lay up and a dunk in the final minutes of the game that helped Alab to have an advantage against his former team.

On how does it feel to play and win against gis former team, Tiongson said , “Playing against my former team tonight, I was really excited for the challenge. Anthony (Tucker) and Mikh (McKinney) are two of the best players in this league – they’re two of the guys who taught me how to be a professional."

"I was just really looking forward to match up and compete against them and I’m happy that I got the win. My whole team played really well and I’m just happy about it.”, Tiongson adds.

Tiongson also took the responsibility of guarding his former teammate Anthony Tucker. “Yeah, it was my job. I don’t necessarily come in to the game and score points. There’s a lot of guys in my team who can score so I just look to contribute in the ways that I’m good doing it, so defense is my statement. If you want good defense, that’s what I bring to the table.”