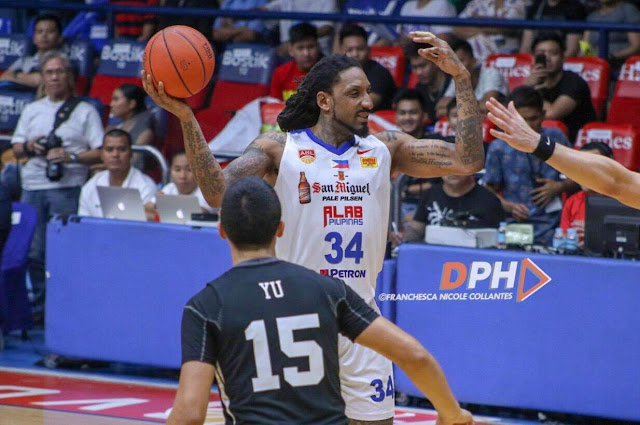 
MANILA—Renaldo Balkman led Alab Pilipinas to their seventh win on Friday night against the Macau Black Bears, 106-99, to secure the solo top spot in the ASEAN Basketball League.

Balkman had an impressive first half, although the team was clearly having a hard time against Macau, which once held the number one spot in the leaderboard.

Alab made a comeback victory after two heartbreaking loss, which motivated the players to give all their best efforts and prove why they are the defending champions.

"We beat the adversity that came ahead of tonight and won this one. We need this win. The way we lost from last game, it was tough. We had a couple of days thinking about it. We prepared very well for Macau," the former NBA veteran said.

"We gotta play in the same way we played tonight, and we showed that we can do it. Sometimes, we brought our plate to how your opponents are. We won a championship last year, and as our guys knew, everybody's gonna come to get us. We gotta come out there and play like champions every game. But all I know, we played great tonight. Like I always tell you, we'll take it one game at a time. We're gonna keep going from there. We got another one on Sunday," he added.

Balkman had to go back to the locker room in the middle of third quarter after hurting his left finger, but he came back at the 4:48 mark of the last period and helped Alab make the game-turning 16-3 run.

"I'm a warrior. I play with a lot of heart. I told them, 'Put me back in the game no matter what's going on with my finger.' They told me, 'No!' I told them, 'Yes! You're not gonna stop me from playing.' It's just my finger. I can still run, jump," he further said

Balkman scored 37 points, 9 rebounds, 4 steals and 3 assists, which helped Alab escape Macau in a critical run in the fourth quarter of the game.