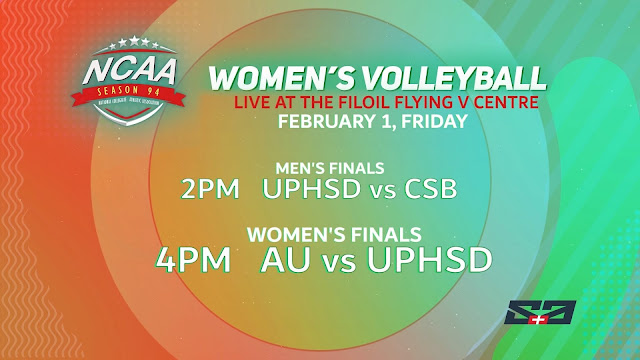 From the bottom of the Final Four, the Lady Altas defeated number one-seeded College of Saint Benilde Lady Blazers to set up a finals showdown with the Arellano University Lady Chiefs.

The Lady Altas and the Lady Chiefs will face each other in Game 1 of the NCAA Women’s Volleyball Finals on Friday at 4 p.m.

However, it will not be a walk in the park for the Lady Altas, which last won the championship in Season 89, as Arellano is also looking to add to its trophy collection by winning its third straight women’s volleyball title.

Before their championship match, another Perpetual team is playing in the Finals with defending champion UPHSD Altas facing the CSB Blazers in the Men’s Volleyball Finals at 2 p.m.

NCAA Season 94 has been great for UPHSD as its champion high school team is also back in the final round of the NCAA Juniors Volleyball tournament.

The school is raring to make history by repeating San Sebastian College-Recoletos’ feat in 2002, when it won all championships in all three divisions in the same season.

Meanwhile, the NCAA will recognize the top volleyball players of the season on Feb. 8, followed by Game 2 of the Men’s and Women’s Volleyball Finals.