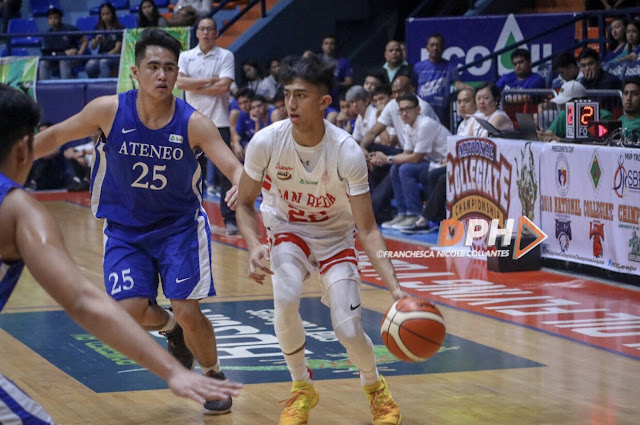 Losing Robert Bolick and Javee Mocon to the PBA and the fact that the Blue Eagles are relatively intact was not an issue for the Red Lions as the young gunners stood out and led their team to a low-scoring win.

Evan Nelle came out and showed an impressive game for San Beda as he was hailed as the Player of the Game with 12 points, three rebounds and two steals.

James Canlas, on the other hand, contributed 9 markers.

Ateneo actually fought back in the last minute as the reigning UAAP champ was within 43-47, but San Beda's defense plus Donald Tankoua's steady hands from the line helped put the game away from them.

Game 2 of the best-of-three series will be on January 24, 4 p.m., at Ynares Sports Arena in Pasig.