As PSC thanks him, Angara vows for continuous support to athletes

As PSC thanks him, Angara vows for continuous support to athletes 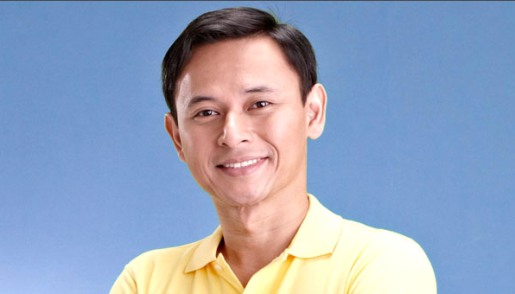 MANILA—Reelectionist Senator Sonny Angara vowed continued strong backing to the sports sector and more support for Filipino athletes following the enactment of a law creating the Philippine Sports Training Center (PSTC), which he vigorously pushed in the Senate.

“We will continue to listen to views of athletes, coaches and people in the sports sector and respond proactively, with a view to providing the strongest support to Filipino athletes, who, despite being deprived of world-class training facilities, still managed to bring honor and pride to the country,” Angara said.

Angara issued the statement after the Philippine Sports Commission (PSC) thanked him for his instrumental role in bringing the PSTC to fruition with the signing into law of Republic Act 11214 by President Rodrigo Duterte.

The senator said he was “overwhelmed by the kind words” he received from the PSC, through its chair William Ramirez.

In his letter to Angara, Ramirez extended the PSC’s “sincerest gratitude” to the senator for “staunchly supporting our goal and vision to produce world-class Filipino athletes with the creation of the [PSTC].”

“As the Chairman of Senate Committee on Sports during the 16th Congress and a believer in the capability of Filipino athletes, both abled and differently abled, this is just one in the long list of support the sports community has received from you and your office,” Ramirez said.

Ramirez noted that Angara’s work in the passing of RA 10699 was also responsible for increasing the allowance, benefits and incentives of local athletes and their coaches.

“Now, with the establishment of the sports training facility, which you authored and co-sponsored along with Senator [Manny] Pacquiao, we are inspired to discover a new pool of athletes and harness their talents,” Ramirez said.

“Your efforts show your faith in Filipino sports talents, that they can share the world state with the world’s best given the proper training, facilities and support,” Ramirez said.

Republic Act 11214 mandates the construction of the PSTC which should include training facilities for Olympic sports and other sports activities as deemed significant and necessary by the PSC.

Angara, vice chair of the Senate Committee on Sports, expressed hope the planned P3.5-billion sports facility will “create Olympians, produce future hall-of-famers, and most importantly, empower the Filipino to win.”

He said the new training center will serve as a source of reassurance to national athletes.

According to Angara, training centers “reflect the state of sports in a given country, and particularly, the support being given.”

“This is a milestone in the effort to uplift the state of Philippine sports and a commitment of support to our athletes on and off-season,” Angara said.

It would also house athletes to allow unhampered and immersive training for major tournaments, including facilities for expert coaching and referee development.