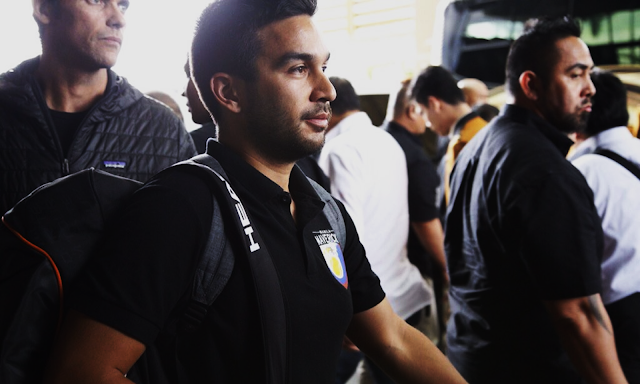 MANILA--Filipino doubles specialist Treat Huey will finally return to play competitive tennis again as he is set to play for the first time ever next month after being sidelined for almost a year.

Playing in his last match at the Le Gosier Challenger with American Denis Kudla, Huey, who is currently ranked 462nd around the world, looks to bounce back and earn his former glorious days when he competes at the ATP Tour starting March using his protected rankings.

"I am feeling good and completely healthy now. I had 6 months of physical therapy and rehab on my back after getting injured early last year and I have worked so hard to comeback.

"I have been practicing and playing a lot more since the end of December and I am getting closer to making my return to competition. I will be able to use my protected ranking and be able to get in ATP events and the grand slams when I start playing tournaments again starting in March," Huey said in an exclusive online interview with Dugout Philippines earlier this year.

The 33-year old University or Virgina alum sustained a back injury last year after only playing one main draw at a Grand Slam at the 2018 Australian Open.

"Last March I went to see a back specialist after really struggling for a month or so and I was told I had 3 bulging disks and a pinched nerve in my lower back. My doctor and I decided surgery was not the best option and I have done a lot of work with my physical therapist, chiropractor and doctor to get back to 100 percent," he remarked.

Huey was supposed to get back on court last December but he and his team led by head coach Othmane Garma took precautionary measures instead to ensure that he will achieve his full form when he comes back.

"I was hoping to be back at the start of this year for the Australian Open but I was just not 100 percent ready at the end of December. I’m physically ready and fit but I need more work on the practice court so that when I am back playing tournaments my level is high again," the 2016 Nitto ATP Doubles Finals finalist said.