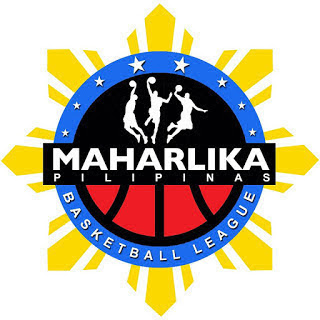 MANILA — It may be Valentine’s night, but the Pasig Pirates were out to make the life of a team seeking a spot in the Maharlika Pilipinas Basketball League Datu Cup playoffs bitter.

Pasig scored a huge upset with a 69-67 victory over Pampanga at the Pasig Sports Center.

It was a great way for the already eliminated Pirates to score their first win at home, playing spoilers to the Lanterns’ bid to make the Final 16.

Pampanga, looking to reclaim the eighth spot in the Northern Division, raced to a 5-0 lead at the start of the game.

But Pasig got into its groove and kept the game close until the end of the first quarter.

The home team then stifled its visitor in the second quarter, only conceding nine points and taking a 27-23 lead by halftime.

The Lanterns once again had a hot start at the start of the second half, going on a 7-0 run to reclaim the lead, 30-27.

But the Pirates recovered and kept the game close, even retaking the lead, 49-47, at the end of the third quarter.

Despite multiple attempts to pull away in the fourth, Pasig could not put the game away from Pampanga, and the latter even took the lead back, 60-57, with 5:02 left.

Jerick Fabian kept the Lanterns at it as he snapped the Pirates’ run with a layup that cut the lead to three, 65-62, with 1:50 to play.

Michael Juico even pulled Pampanga closer as he scored on a wide open layup off a fastbreak that trimmed the gap down to one, 65-64, with 34 seconds on the clock.

The Lanterns still did not give up as Fabian got the offensive rebound off a wild three-point attempt from Jong Baloria and laid the ball back in before swishing the bonus free throw off an Argel Mendoza foul to go back to within one, 67-68, with four seconds left.

Mendoza kept the door open for the visitors as he only made a split from the free throw line with 3.1 seconds to go.

Juico found himself wide open for the game-winning triple, but his attempt rattled out of the rim as time expired.

Mendoza and Mark Andaya each scored 16 points for Pasig, which finally notched a win at home after five tries and moved up to 4-19.

Mendoza displayed a good all-around game with five rebounds, six assists, and five steals, while Andaya finished with a double-double with 12 rebounds alongside two assists and three blocks off the bench.

Juico posted the MPBL’s first 20-20 game ever, finishing with 23 points and 20 rebounds alongside seven assists, two steals, and one block, but he too committed nine turnovers as Pampanga falls to a tie with Valenzuela for ninth place in the North at 9-14, a half-game behind Caloocan, which will play Muntinlupa on Saturday night at the STRIKE Gymnasium in Bacoor, for eighth place.