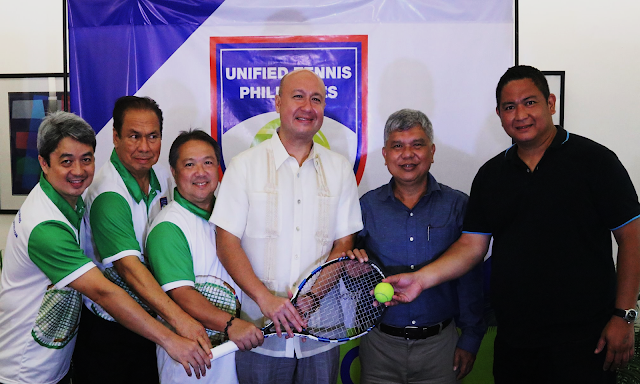 MANILA--Fresh from establishing a successful season last year, the Unified Tennis Philippines (UTP) bares its plan to stage a year full of tournaments this 2019, featuring a total of 104 events in the light of its mission to produce world-class tennis players from the country and popularize the sport at all levels.

"Getting these Filipino athletes out there to compete with other world-class tennis players has been our lifelong dream. I'm glad that we have gained traction since we've rolled out UTP's programs two years ago and so we will continue to fulfill our mission to discover fresh talents and improve the quality of our tennis players from the professional level down to the grassroots level by providing them with proper training and international exposure," Lhuillier said.

Recently, the UTP has already kicked off their season with the start of the Cebuana Lhuillier and Palawan Pawnshop Age-Group Tennis Tournaments at the Meralco Tennis Club in Pasig, as well as at the Actifit Sports Center in Valenzuela, respectively, which featured some of the best rising tennis players in the country including John David Velez, Stephan Lhuillier, Joewyn Pascua, Macey Carlos, Bliss Bayking, and Anna De Myer.

Carlos and Bayking were the two representatives sent by UTP to represent the Philippines at the WTA Future Stars during the WTA Finals in Singapore last year.

UTP will soon announce the cut-off period for selection of the 2019 UTP National Juniors Tennis through social media.

Last year, UTP formed several teams that played in Malaysia and Indonesia and were successful in producing winners in the ATF (Asian Tennis Federation) and ITF (International Tennis Federation) tournaments with the Eala siblings Alex and Miko reaching the finals.

New initiatives and programs are also underway including the introduction of an online tournament registration in the second quarter of the year and staging of more level-based tournaments for club players such as the UTP Tennis Challenge series.