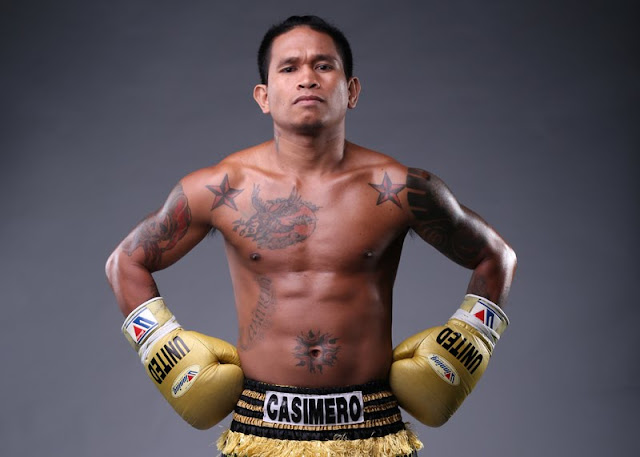 Casimero scored a 12th round technical knockout that made him a three-division champ, having won the International Boxing Federation junior flyweight and flyweight belts before as well as the WBO interim light flyweight title.

However, a prelude took place in Round 6, when Casimero downed Espinoza with a devastating right hook, although the latter got up and was eventually saved by the bell.

The Mexican remained resilient despite the knockdown and was even ahead in the official scorecard of Judge Patrick Russell after Round 11.

But Casimero caught fire early into the final round, rocking Espinoza with a left hook that brought him wobbling to the ropes before another left punch sent him down.

Despite Espinoza making the eight-count, it was all Casimero from thereon, forcing the referee to call it a night at the 44-second mark of Round 12.

Casimero moved up to 27-4 with 18 knockouts, while Espinoza fell to 23-3, getting knocked out for the first time in his career.

The bout was ordered to be an interim title fight due to the delay of reigning WBO champ Zolani Tete's scheduled title defense against current World Boxing Association bantamweight super champion Nonito Donaire.

Espinoza is supposed to be the mandatory challenger for Tete's belt, but with the latter's bout against Donaire moved to next Sunday (Philippine Time) in Lafayette, Louisiana, USA, Espinoza was instead ordered to face Casimero for the interim belt.