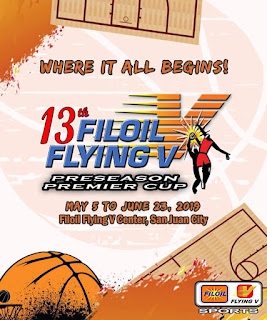 The league will also unveil its grassroots program by introducing an 11-Under division that will open the day’s triple header at 11 a.m. that features De La Salle Zobel against Xavier School.

A total of 16 collegiate squads from the NCAA and the UAAP will participate in the summer tournament.

Begging off from participation are both defending Filoil Flying V Preseason Cup and UAAP champions Ateneo de Manila University and University of the East.

Ateneo cites its upcoming William Jones Cup campaign and training out of the country as a reason for begging off while UE also will also be abroad as well.

The Juniors Division features 12 teams while the 11-Under Division lists 10 squads competing.

Tournament Director Joey Guillermo also announced an All-Star Game featuring NCAA players on one team and UAAP players in the other.

“We will engage the college basketball fans to determine the first five of either squad via social media,” explained Guillermo. “The rest of the team will be decided by the respective coach who will also ensure that each participating team will be represented.”

The summer offering will also see the return of the Hanes 1-On-1 tournament. College of Saint Benilde’s Prince Carlos won the inaugural edition of the competition.

“Every year, there is much anticipation for the Filoil Flying V Preseason Cup because this is the tournament where teams can only field their actual line-ups for the upcoming NCAA and UAAP seasons,” pointed out overall tournament commissioner Edmundo “Ato” Badolato. “There are new rookies, players who switch teams, newly-appointed coaches, and this year, this is last we will see of foreign players in the NCAA. Maybe for some, it will be emotional.”

Selected matches of the 13th Filoil Flying V Preseason Cup will be televised over ESPN5.