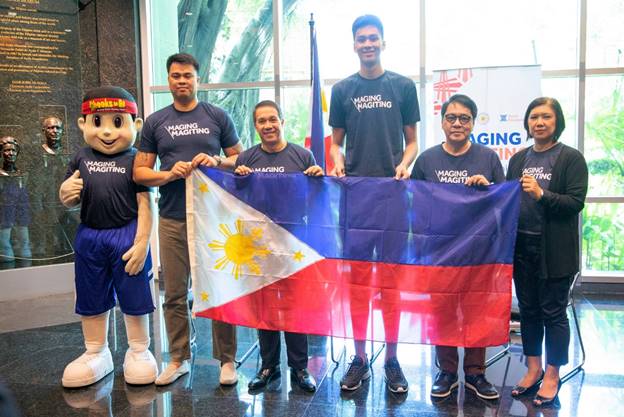 MANILA—Chooks-to-Go brand ambassador and 7-foot-2 basketball prodigy Kai Sotto received a Philippine flag from officials of "Maging Magiting" campaign partners, Bounty Agro Ventures Inc. (BAVI) and Ayala Foundation Inc. (AFI) during a send-off ceremony for the 16-year-old center who will spend the next two years in the United States to continue training towards his dream of becoming the first Filipino to play in the NBA.

Bidding him good luck in his quest are BAVI president and general manager Ronald Mascariñas and AFI president Ruel Maranan.