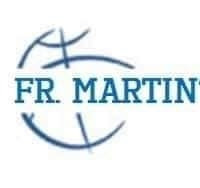 Perpetual opened a double-digit lead in the payoff period, 49-39 to seize control over their NCAA counterparts.

Arnaud Noah tried to lead the Red Lions to a comeback, cutting the deficit down to 52-45.

But Edgar Charcos hit a floater under the final minute while Sese made key free throws to preserve the win.

In the other seniors match-up, Arellano University clicked in the fourth quarter to escape fellow NCAA member Letran College in a come-from-behind 69-62 victory in Group B.

It was close from the get-go as both teams went back and forth. In the fourth frame, an uncontested lay-up from Arellano jump-started a 6-0 run which made it 60-55.

Later on, John Templonuevo hit a triple while the Chiefs made consecutive stops on defense to ice the game. Templonuevo led the Chiefs with 16 points.

In the first game, the Letran Squires opened Juniors A action with a bang, annihilating the St. Patrick School of Quezon City squad, 95-51.

After a relatively close first quarter, the Squires pulled away in the second period behind their transition game and never looked back.

The trio of Charles Saure, Ralph Yanes, and Lenard Santiago powered Letran's attack all throughout the game. Saure finished with a game-high 19 points while Yanes chipped in 15 markers.